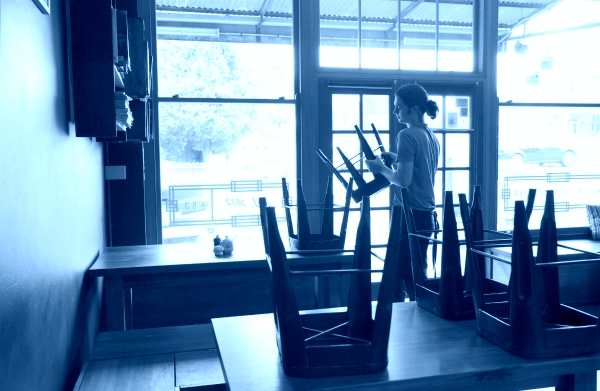 » Local restaurants are struggling with credit card chargebacks via delivery apps, termed “a new form of dine-and-dash.” Any time a customer claims they didn’t receive something, true or not, the apps immediately deduct it from what the restaurant receives–and it’s happening so much that beloved cafe Spoon by H says it’s a factor in their decision to close. [Los Angeles Times]

» The LAPD underreported hundreds of investigative traffic stops in South L.A. The department initially claimed it staged just 74 of the controversial stops so far this year, the number was in fact 639.  [Los Angeles Times]

» L.A. teachers say the push by parents groups for a quick reopening of in-school education is, at least in part, “rooted in white privilege.” UTLA, which represents LAUSD teachers, says infection rates in neighborhoods served by the district remain too high to return to the classroom. [KTLA]

» Nick Canon is returning to L.A. radio, resuming morning show host duties on Power 106. The radio and TV personality was removed from the gig last July amid concern over anti-Semitic comments for which he later apologized.  [Deadline]

» Tiger Woods Suffered Leg Injuries in a Roll-Over Car Crash in L.A. Tuesday Morning The golf legend underwent surgery, according to his agent

» This Vegan Meat Was Poised to Be the Next Big Thing. Then the Pandemic Struck After scoring $250k on ’Shark Tank’ and making deals with restaurants, Jenny Goldfarb’s Unreal Deli made a big pivot to grocery stores

An LBGTQI legend, Jewel Thais-Williams opened the famous nightclub Jewel’s Catch One on Pico Boulevard in 1973. The country’s oldest Black-owned disco, Jewel’s Catch One was a safe haven for Black queer Angelenos and saw everyone from Madonna to Sammy Davis Jr. to Whitney Houston pass through its doors.

Seeing the ravages of the AIDS epidemic up close, Thais-Williams became a tireless advocate, co-founding the Minority AIDS Project, Rue’s House, and the Village Health Foundation.

She sold Jewel’s Catch One in 2015, but the bonds made there will never be broken. “It was a community, it was family,” Thais-Williams told the Los Angeles Times. “To be honest myself, I was pretty much a loner too. I always had the fears of coming out, or my family finding out. I found myself there.”