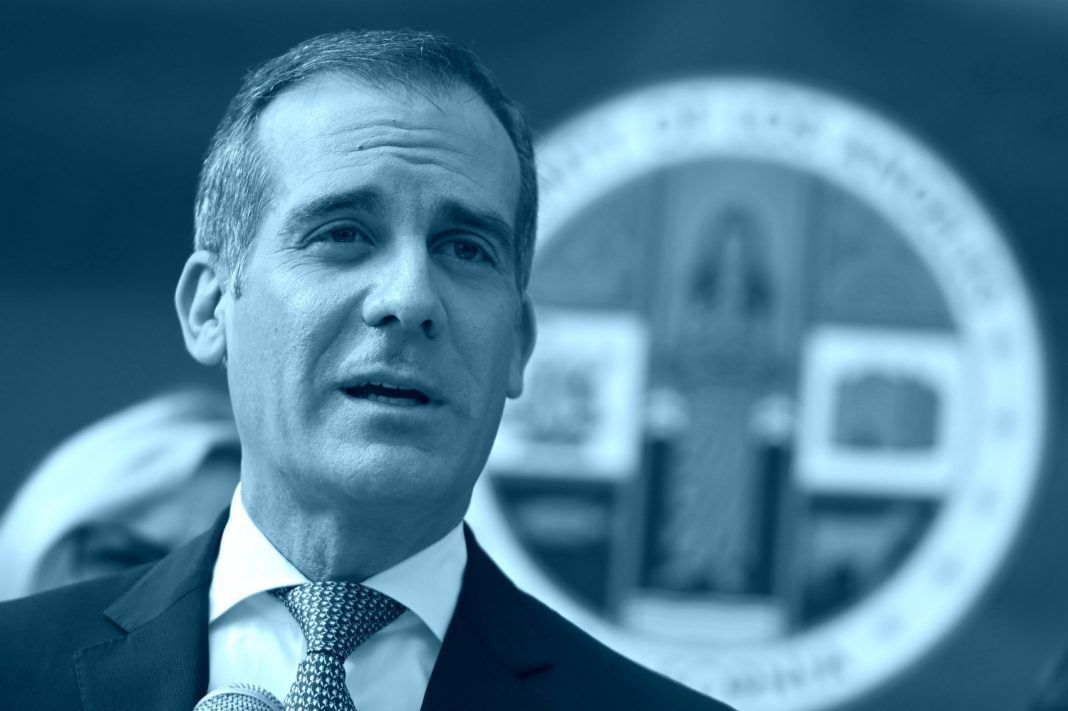 » Eric Garcetti says L.A. is teetering on the brink of a sweeping new stay-at-home order. The mayor says the region reopened commercial activity too quickly and places the onus of responsibility for that reopening on “state or county level” authorities. [Los Angeles Times]

» The Dodgers beat the Diamondbacks 9-2 in an exhibition game at Dodger Stadium on Sunday. The game took place sans fans, of course, but crowd noise was piped in to help the players rally. [Los Angeles Times]

» Los Angeles County reported its highest number of single-day hospitalization on Sunday. Of the hospitalized, 28 percent are in ICU care. [CBS Los Angeles]

» The Justice Department has filed a lawsuit attempting to seize the property known as ‘The Mountain of Beverly Hills’ in an attempt to recover hundreds of millions the feds claim were embezzled by individuals connected to Kuwait’s Ministry of Defense. It’s yet another strange turn in the property’s soap opera-like story.  [Los Angeles Times]

» Management at local chain Augie’s Coffee say staff were laid off due to the pandemic. Baristas say they were actually fired for trying to form a union. [Los Angeles Times]

» Civil rights icon John Lewis died on Friday at the age of 80. For decades he was known as the “conscience of the Congress.” [The New York Times]

» Nick Cannon Hasn’t Been Canceled—but His New Show Has Been Postponed ViacomCBS dropped the ’Wild ’N Out’ host, but other studios are staying the course following the performer’s controversial comments

» Yogi Bhajan Turned an L.A. Yoga Studio into a Juggernaut, and Left Two Generations of Followers Reeling from Alleged Abuse A revered yoga figure’s legacy is being reevaluated as former followers come forward with allegations that they endured relentless sexual, emotional, and physical abuse

» Amid the Spike in COVID Cases, an L.A. ICU Doctor Explains What He’s Seeing on the Front Lines Pulmonologist Tom Yadegar lays out the good news, the bad news, and what people should be doing to stem the disturbing trends

For most people, the words “Disney live-action remake” might evoke the haunting image of a blue Will Smith and his freaky little Genie ponytail. But in 2007, the legendary photographer began shooting celebs as Disney characters and the results were never not…interesting