» From Pacoima to East L.A., Dodgers fans took to the streets to celebrate after the team’s big World Series win on Tuesday night. According to ABC 7, things got a little out of hand in downtown L.A., where a semi was looted, a handful of businesses were vandalized, and eight people were arrested. [ABC 7]

» Dodgers third baseman Justin Turner was pulled during the eighth inning in last night’s final World Series game after testing positive for COVID-19. Some are wondering why he proceeded to celebrate with the team after their win—sans mask. [SB Nation]

» COVID-19 rates in Los Angeles, Riverside, San Bernardino, and Imperial Counties are on the rise. Dr. Ferrer calls the trend “cause for concern” and warns that if the public relaxes pandemic precautions, “we step backward.”  [Los Angeles Times]

» A report from L.A.’s Inspector General confirms significant racial disparities in traffic stops by LAPD. Individuals identified as Black or Hispanic were stopped more frequently across every category of stop. The report described “strategies designed to use these violations as a pretext to identity or supress more serious crimes,” but determined that such a strategy has “limited effectiveness.” [CBS Los Angeles]

» California has been added back onto the travel quarantine list for the New York region. Authorities are strongly warning against traveling for the upcoming holiday season. [NBC New York]

» Billionaire Los Angeles Times owner Dr. Patrick Soon-Shiong has stepped down as chief executive of biotech firm NantKwest. He remains at the helm of another company, ImmunityBio. Both brands are currently working  to develop COVID-19 vaccines. [Los Angeles Business Journal]

» Los Angeles is piloting a program to deliver rapid antigen testing for COVID-19. During the pilot, tests will be given to local firefighters; if the program works, it could be expanded to existing testing sites and eventually schools. The rapid tests deliver results in as little as 15 minutes. [NBC Los Angeles]

» Conan O’Brien Says His Talk Show Set at the Largo Was Burglarized The comedian has been filming from the storied L.A. theater to bring awareness to how the pandemic is impacting small venues

» Lots of People Seem to Have the Same Question About Kim Kardashian’s Big 40th Birthday Trip Kim K. was humbly reminded how privileged she is—so she humbly reminded the rest of us too 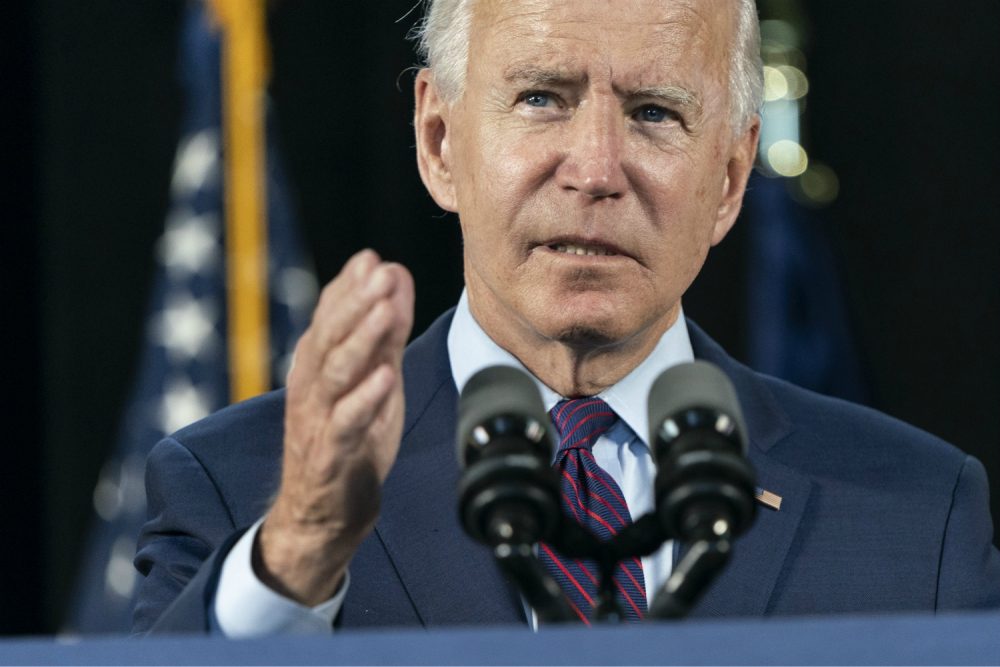 In 1988, Republican George H.W. Bush achieved a feat when he won 44 of California’s 48 counties, beating Democrat George Dukakis by about 4 percentage points. That was 32 years ago and it was the last time a Republican carried a state that now has a massive 55 electoral votes.

Given the California’s leanings and Donald Trump’s extreme unpopularity among large swaths of the state’s population, Democrat Joe Biden’s victory here has been a foregone conclusion, but a new poll conducted by the UC Berkeley Institute for Governmental Studies indicates his victory could be historic in its proportions.