» Southern California Edison equipment may have sparked the Bobcat fire. In a letter to regulators, the utility says it the blaze may have begun when tree branches came into contact with power lines. [Los Angeles Times]

» L.A. County officials are asking everyone who gathered to celebrate the Lakers and those who marched in the large pro-Armenia protests over the weekend to quarantine and get tested. “If you were in a crowd with non-household members, especially if people weren’t wearing face coverings and were shouting, chanting, and/or singing, you may have been exposed to COVID-19,” Public Health officials warned.  [KTLA]

» How did the NBA manage to keep thousands players and staff in a bubble for nearly 100 days without a single COVID-19 case? And what might the rest of us be able to learn from the high-profile experiment in pandemic public health?  [Los Angeles Times]

» COVID outbreaks in the NFL will mean significant changes for the Chargers. The team is among those set for schedule changes following new infections. [NBC Los Angeles]

» Can a Vocal City Hall Critic Win Against a 30-Year Veteran of L.A. Politics? A look at the contest between Grace Yoo and Mark Ridley-Thomas for Herb Wesson’s District 10 seat on the City Council 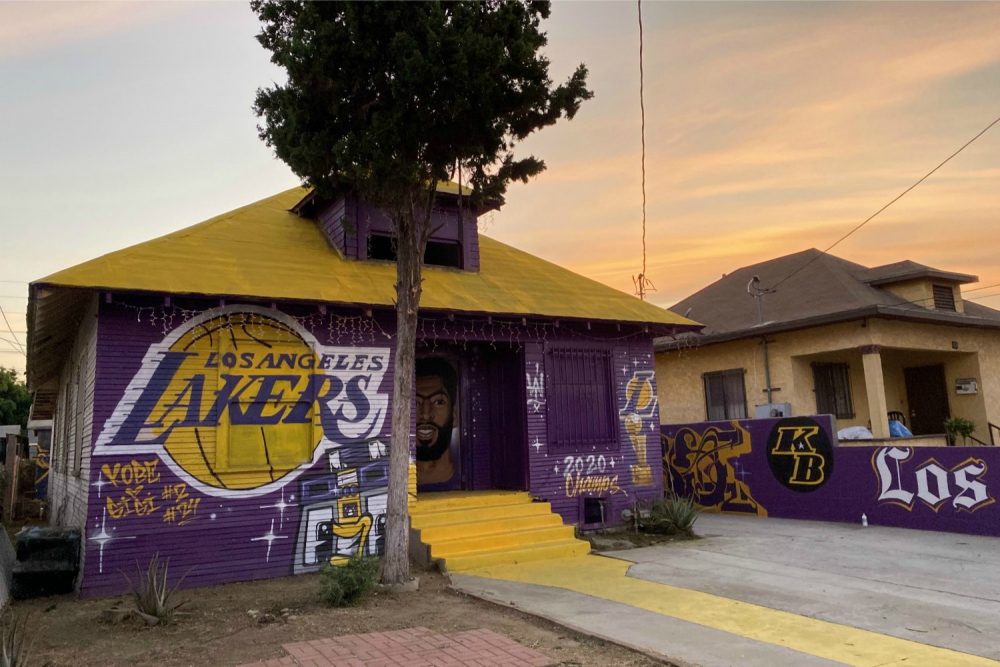 Hector “Tetris” Arias and a small group of artist friends spent the weekend painting the outside of a nondescript house on a quiet street in South-Central L.A. “It’s been ten years since the Lakers won a championship, so it was a perfect time to show them support,” he said last Friday, two days before the Lakers took the championship, sending the city into a frenzy.