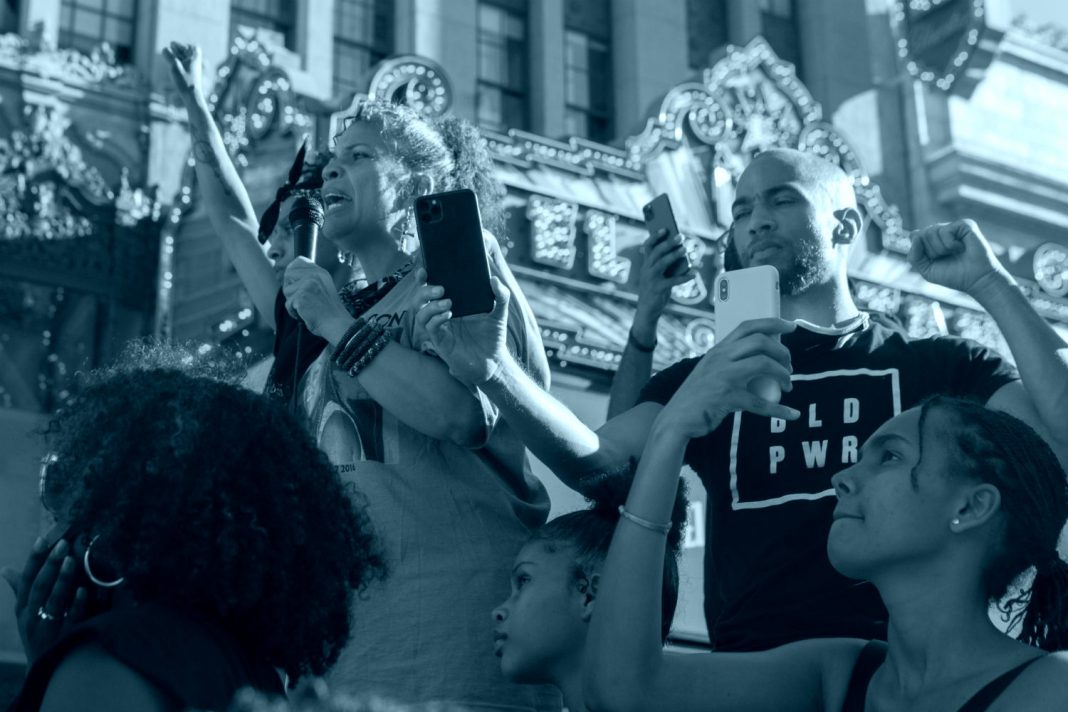 » The man who initiated the “swatting” attack on Melina Abdullah told dispatchers he was doing it “to send a message.” Abdullah is a co-founder of Black Lives Matter and outspoken critic of the LAPD. [Los Angeles Times]

» Two weeks after passing away from the coronavirus, one-time Republican presidential candidate Herman Cain came to life on Twitter to criticize Kamala Harris. The account is now being run by the “Cain Gang,” which includes his daughter, Melanie. [The Independent]

» Out-of-work live entertainment professionals staged a protest at L.A. Live. The event advocated for adoption of the Restart Act and other legislation to offer relief for the sector. [Variety]

» A fast-moving brush fire tore through the Azusa foothills on Thursday. Known as the Ranch Fire, it triggered mandatory evacuations in several areas. Two other wildfires continue elsewhere in the region. [CBS Los Angeles]

» Grace Community Church in the San Fernando Valley has filed a lawsuit against Gavin Newsom, Eric Garcetti, and Xavier Becerra, claiming discrimination. The complaint says that the officials were “all too eager” to allow gatherings of “favored protesters,” making it unfair that public health orders would be enforced against churches. The church’s pastor, John MacArthur, announced on July 26 that he had decided to resume indoor services, in direct violation of the rules. [CBS Los Angeles]

» Meghan and Harry Reportedly Plunked Down $14.69 Million for a Montecito Dream House Besieged by paparazzi in L.A., the former royals are settling down in Santa Barbara County