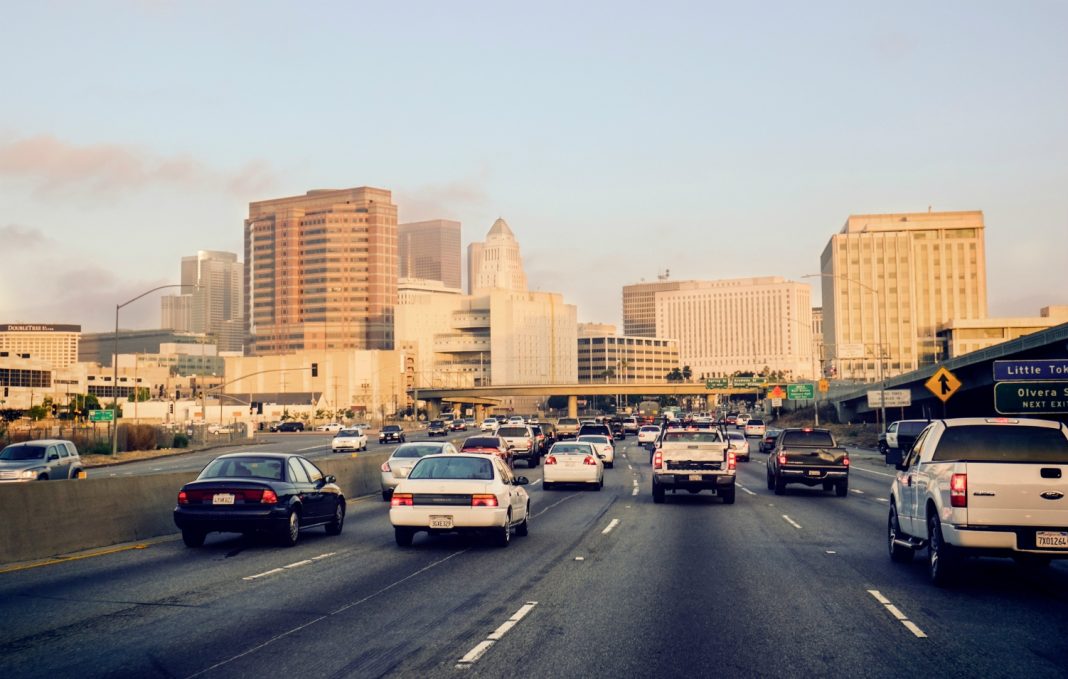 Before there was Facebook, Instagram, or Twitter, there were personalized license plates—the proto-tweet, in a sense, limited to 7 characters instead of 140. Since vanity plates were introduced in 1972, California drivers have spent many idle minutes in traffic decoding the customized letter and number combinations in front of them, uncovering job descriptions, clever jokes, and sentimental messages.

But just as social media companies have found it increasingly necessary to moderate the more pernicious and inappropriate forms of language, the Department of Motor Vehicles has long stood as a bulwark against tawdry and offensive license plates (at least, in theory). In California, the DMV employs four full-time reviewers who sort through the tens of thousands of applications received each month. In 2018 alone, the department fielded nearly 250,000 requests for personalized plates.

In general, the DMV instructs its reviewers to “refuse any configuration that may carry connotations offensive to good taste and decency.” This includes euphemisms for genitalia, racial and ethnic slurs, weapon and firearm-related terms, and even references to law enforcement. The number 88, even when used to denote the year of a birth or graduation, regularly gets rejected for its neo-Nazi symbolism (“H” is the eighth letter of the alphabet, so 88 stands for “Heil Hitler” ). Reviewers even reject plates with area codes, which fall under the category of “Gang, Hate Group, or Criminal Organization association.” Some exceptions exist—the number 69, for instance, can appear on plates belonging to cars manufactured in 1969.

When someone applies for a personalized plate, they also provide an explanation of the meaning behind their desired configuration. If a plate gets flagged for potentially violating the rules, the reviewer comments on the application with the reason for the flag. The “dialogue” between the unwitting—sometimes clumsily deceptive—customer and the deadpan reviewer reads a bit like a bureaucratic farce.

Last week we published some of the best flagged applications from a public records request, but there are so many good ones, we can’t resist publishing more. They’re a mix of both brazen attempts to sneak vulgarity onto California’s roadways and (occasionally) innocent attempts to pay tribute to people, places, and activities that just happen to too closely resemble slang for excrement or genitalia. Some of the text has been reformatted for clarity, but spelling and punctuation errors remain in full.

Applicant’s Explanation: Saying very dear to my heart. Something my father used to say when he was proud of me.

Applicant’s Explanation: Mr Bonner to you

DMV Comments: Mr Boner (hard on) to you

Applicant’s Explanation: “KOM” is my initials and “taco” is short for Tacoma which is the truck it’s going on

DMV Comments: I Don’t Fuck With You

DMV Comments: Could be a sexual reference or a term used when some one is dancing to a beat and hittin the moves

Applicant’s Explanation: Long Beach, VA. Stop denying my license plate because you think 562 is gang related. VA limits 1st amdnt and 2nd amdnt enough. I was born here, I like my city.

Applicant’s Explanation: Plumbing contractor how I make my money

Applicant’s Explanation: What the grandkids call me. I was refused PAPPOO2

Applicant’s Explanation: This was the name of my dog

Applicant’s Explanation: Combination of the word wankel and rotery refering to the mazda rx8 engine type

Applicant’s Explanation: Charlie brown always say’s “awe rats”, but it’s peanuts, so we like this for it. Like you’re saying, oh darn.

Applicant’s Explanation: All you see is the back of my car

DMV Comments: I See You, can be taken as hostile

Applicant’s Explanation: We are huge fans of marvel comics and Harlee Quinn

DMV Comments: Wreak Havoc could be taken as hostile

DMV Comments: Dank can be a word used to describe good weed

DMV Comments: Mac can be another word for pimp

Applicant’s Explanation: My name is mac. Wanted MACMAN or MACAMAN but both were taken so I’ll use a 7 in there

DMV Comments: Mac can be another word for pimp

Applicant’s Explanation: Me and my kids initials

DMV Comments: The BJ at the end stands out, BJ stands for blow job

Applicant’s Explanation: Why Am I So Nice (Chinese)

DMV Comments: Why Me So Hoe

DMV Comments: CAO=FUCK in Mandarin Chinese but it IS her last name

DMV Comments: DEGENERATE can mean a sexual deviate per dictionary.com. With the X could be taken as Generation X.  His name is Xavier though

DMV Comments: GAME 4 as in baseball or basketball? Hustle as in making money by any (illegal) means?

Applicant’s Explanation: Houllas short for Catahoula which is a breed of my dogs. Also the state dog of Louisiana and commonly referred to as a spotted leopard hound

Applicant’s Explanation: first letter of names in my family

Applicant’s Explanation: Owner of the car

Applicant’s Explanation: It means true change. Its a phrase we use in our family.

DMV Comments: I FUCKED YOU (SPANISH) **NOTE: “T CHINGE” recently went through… should we try to stop it?

Applicant’s Explanation: I handle herptiles as an avid herptile (reptile or amphibian) lover this has a lot of meaning for me

DMV Comments: Looks like Herpes but her meaning is true

Applicant’s Explanation: It is a reference to my rank in the Navy, Chief Petty Officer and how I am always chiefin

DMV Comments: Dictionary.com – Hawaiian word for foreigner or white person, can be ok or used disparagingly. Some are out there

Applicant’s Explanation: Bushcraft: the art of beeing knowledgeable about how to use mother nature in ones advantage while in the outdoors/backcountry.

Applicant’s Explanation: Be the Chosen One

RELATED: The DMV Reviewed Thousands of Hilarious Vanity Plate Applications Last Year. These Are Our Favorites