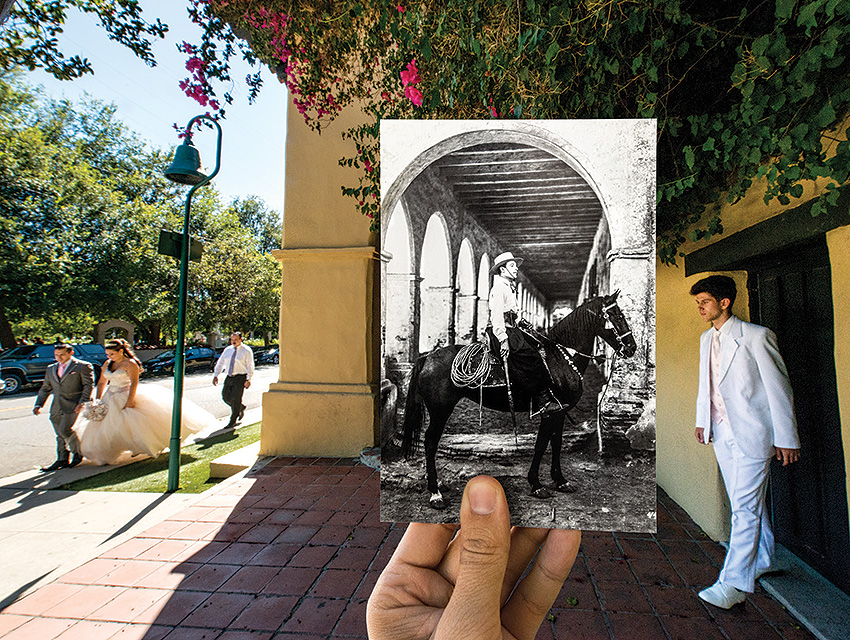 Rudolph Valentino rides through Mission San Fernando Rey de España in a scene (inset) from the popular 1921 silent film The Four Horsemen of the Apocalypse. The World War I tale of redemption was set in Argentina, with the Valley site filling in for the South American countryside. The story of Julio, a wastrel who redeems himself through his battlefield bravery, made Valentino a star. The mission had almost as many roles as the suave actor. Founded in 1797 during Spain’s crusade to “save” California’s natives, the property was converted to secular use in 1834, operating as a warehouse for the Porter Land and Water Company and then as a hog farm. The complex returned to Roman Catholic control in 1861 and has served as a church ever since.