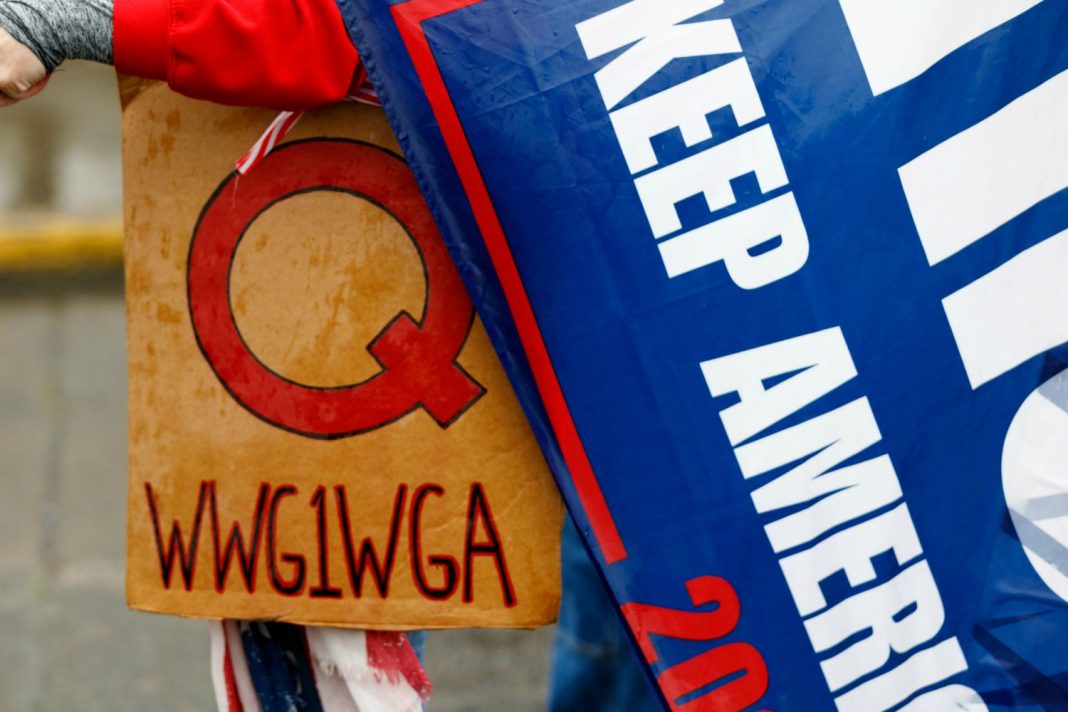 After this article was published, the California GOP quietly removed its endorsement of Mike Cargile from its website, according to Media Matters. The story has been updated reflect that development.

Cargile is running against incumbent Democrat and Trump critic Norma Torres, who has repped the district, which includes parts of eastern Los Angeles County and western San Bernardino County, since 2015. In the March primary, Torres secured 67.62 percent of the vote to Cargile’s 32.25 percent.

In 2018, Cargile posted an anti-Obama meme to Facebook, along with the comment, “Because of your boy, Obama, I now have the freedom to be whatever I want to identify as! Therefore, for the rest of today, I’m going to identify as an angry black man! Call me…Michael Washington. (I think it’s a whole lot easier to change one’s skin color than change their gender, don’t you?) Unlike that twisted reprobate, Obama. But hey, he’s my brotha’ now, right? I’m the angry black man. And I’m going to walk around the house yelling ‘[N-word repeated three times]’ until I get some other words to rhyme around it, then you can call a Rap artist.”

He also advised Black people to, “Quit blaming white folks for your problems. Take your black ass out there and show them kids there’s a better way than husslin’ on the street.”

Still, the California Republican Party said it was “proud” to endorse Cargile in his bid to unseat Torres. The endorsement has since been removed from their website.

Cargile’s Twitter bio includes #WWG1WGA, a shortened version of the QAnon motto “Where We Go One We Go All.” QAnon adherents believe in a “deep state” plot against Donald Trump and his supporters. Closely linked to Pizzagate, the conspiracy theory involves a cabal of pedophiles, satanists, and cannibals linked to the Clintons and other famous people. Many also think the coronavirus pandemic is part of a “deep state” plot as well. In fact, Cargile has called the coronavirus a “Scamdemic” and stated that it is “NOTHING compared to the diseases and plagues headed this way via the rats and the homeless.”

On his campaign website, Cargile credits himself as being “a writer, an actor, a director, a producer, an editor and a marketing director.” And while he did play “Sabrina’s Dance Partner” opposite Julia Roberts in 1994’s I Love Trouble, he still manages to put an astounding amount of energy into spreading offensive memes on Facebook.

“Two illegal aliens having an anchor baby does not equal an American,” reads one. Others are paranoid attacks on LGBTQ people and celebrations of “straight pride.” He’s also shared multiple memes that equate Muslims with terrorists.

According to Media Matters, several far-right QAnon supporters are currently running for Congress in California, including Erin Cruz (the 36th District in Riverside County), Alison Hayden (the 15th District in the Bay Area, which is currently repped by Eric Swalwell), and Buzz Patterson (the 7th District in Sacremento).

Cargile did not respond to a request to comment.

RELATED: Why Are Wellness Influencers Pushing the ‘Plandemic’ Conspiracy Video?