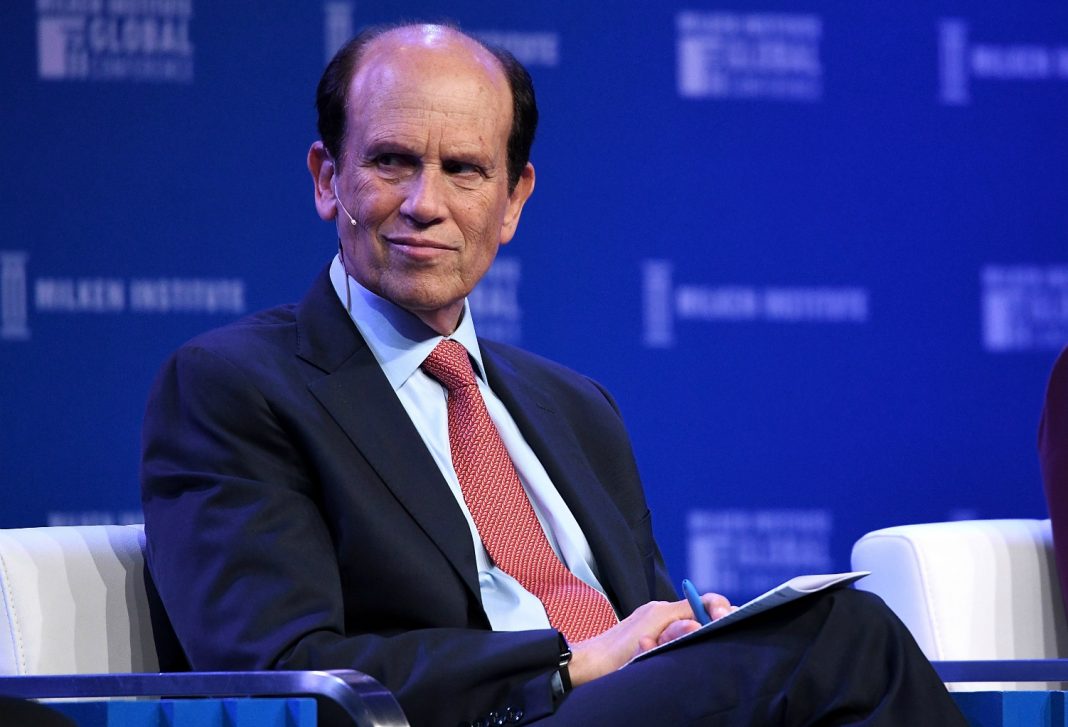 Trump’s presence in Los Angeles may ruin your Tuesday commute, but he made at least one Angeleno’s day. This morning, he pardoned 1980s junk bond king Michael Milken, along with several other notorious white-collar criminals.

Milken—who was sentenced to ten years in prison in 1990 for fraud and conspiracy, and who was recently eyed for allegedly making money by exploiting Trump’s “opportunity zone” tax breaks meant for poor people—had his record wiped clean today in a cavalcade of presidential pardons and commutations.

Explaining the pardon, Trump told reporters at Joint Base Andrews before taking off for L.A. that Milken had “paid a big price,” and that since his release from prison he has “gone around and done an incredible job.” Milken, who resides in Encino, was the 25th wealthiest Angeleno as of September 2019.

Also pardoned was Former San Francisco 49ers owner Edward DeBartolo Jr. for his 1998 felony rap for paying the Governor of Louisiana $400,000 for a riverboat gambling license.

While not pardoned, former Illinois Governor Rod Blagojevich’s 14-year sentence for trying to sell Barak Obama’s vacant Senate seat was commuted. Blagojevich’s felony conviction will stay on his record, but he’s getting out of prison after serving just eight years.

Calling Blagojevich’s punishment “ridiculous,” Trump said, “He seems like a very nice person, don’t know him,” although the disgraced Democratic pol appeared on the 2010 season of Celebrity Apprentice the year before his sentence was handed down.

“You’ve got a hell of a lot of guts,” Trump told him then, referring to how Blagojevich was fighting the government’s case against him.

Former NYPD police chief and Rudy Giuliani pal, Bernie Kerik, was pardoned for tax fraud and lying to investigators who were vetting him as George W. Bush’s nominee for Homeland Security secretary.

“Today is one of the greatest days of my life,” Kerik said.

U.C. Berkley professor and former Labor Secretary Robert Reich invited the Twitter-verse to guess what this group has in common.

— Rod Blagojevich, who tried to sell Obama’s Senate seat for his own personal gain

— Michael Milken, who was the face of insider trading scandals in the 80s

Trump, however, did grant clemency to a few people who don’t fit that list of the usual suspects. Also pardoned were Tynice Nicole Hall, convicted on cocaine charges because her boyfriend was selling from her house, as well as Crystal Munoz, convicted on marijuana charges, and Judith Negron, who was hit a 35-year sentence for Medicare fraud.

Meet the 26 Local Billionaires Who Made the Forbes 400

Powdered Wigs and Bidding Wars: Behind the Scenes of The Los Angeles Ballet Gala