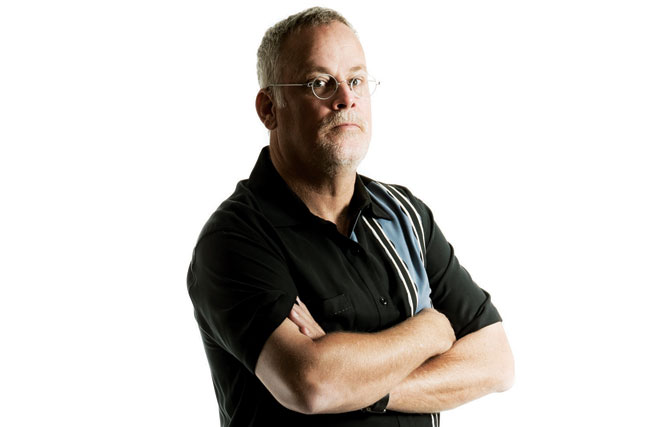 Connelly’s most famous character is Hieronymus “Harry” Bosch—LAPD detective, Vietnam vet, Hollywood Hills resident. He is the subject of 17 books set in modern L.A. The Black Box came out in 2012.

On Harry
When I first started writing him, I was a newspaper reporter in Los Angeles, and I made it my business to visit one police station a day. So I was seeing a high number of detectives as I was formulating this character. I would say about half of them rubbed off on me.

On nobility
Detectives go into the darkness every day in the course of their job, to the worst kind of people, and that has to do something to you. You go into the darkness and then you have to go home and throw the ball with your kid and be as normal as possible with your family, and that’s hard to do. Those who can do it, no one knows about their nobility. It’s the people who can’t do it, who break down and become a Christopher Dorner, who too often stand as the image.

On authenticity
Ten years ago a detective sent me an e-mail. I had used the phrase “perp walk” in a book. He said, “I love your books, so I hope you don’t mind if I say we don’t use that phrase in L.A. That’s an eastern phrase.” And he made the fatal—fateful—mistake of saying, “If you ever need any help…” So I contacted him. He’s been helpful ever since.

On inspiration
I got hooked on crime fiction as a teenager. The big three for me were Ross Macdonald, Joseph Wambaugh, and Raymond Chandler. There was something addictive in reading about people who reacted under high pressure and made life-and-death choices and were willing to step up and do the right things. To me these stories are about the way we should be.

On L.A.
Los Angeles is a place that could have everything going for it but can’t grab the brass ring. There will always be something that will go wrong. I moved to L.A. in 1988, so aspects of the Rodney King riots have played in several of my novels. It’s something I’m still trying to work out for some reason. This city I loved was falling apart.