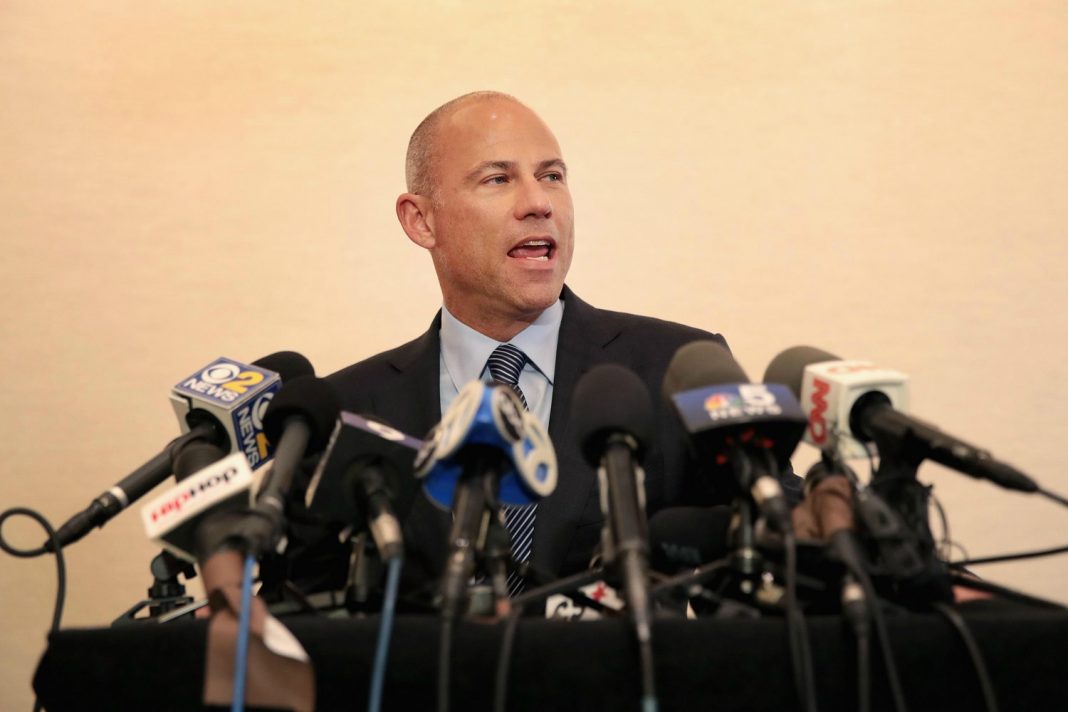 New York prosecutors allege that Avenatti threatened to release compromising information about athletic brand Nike unless the company paid him and a client millions of dollars. According to charging documents, Avenatti repped a California basketball coach who used to have a contract with Nike, and who Avenatti says has evidence that “Nike employees had authorized and funded payments to the families of top high school basketball players…and attempted to conceal those payments.”

Avenatti allegedly $1.5 million for his client and wanted $15 to $25 million for himself and another lawyer to conduct an “internal investigation” into the allegations. According to the Wall Street Journal, that other attorney was big-name L.A. attorney Mark Geragos, who’s represented Michael Jackson, Chris Brown, and, more recently, Jussie Smollett. Geragos apparently worked with prosecutors and captured tape of Avenatti’s threats. (The charges in that case are posted in their entirety here.)

Prior to his arrest, Avenatti alluded to having dirt on Nike case in a tweet that didn’t age well.

Tmrw at 11 am ET, we will be holding a press conference to disclose a major high school/college basketball scandal perpetrated by @Nike that we have uncovered. This criminal conduct reaches the highest levels of Nike and involves some of the biggest names in college basketball.

Over here on the West Coast, the U.S. Attorneys Office in L.A. issued a press release announcing that Avenatti had been arrested pursuant to “a criminal complaint alleging he embezzled a client’s money in order to pay his own expenses and debts—as well as those of his coffee business and law firm—and also defrauded a bank by using phony tax returns to obtain millions of dollars in loans.” Avenatti, who lives in Century City, owns a company called Global Baristas US LLC, which operated Tully’s Coffee locations in California and Washington. Prosecutors say he embezzled a client’s settlement money and used it to pay for coffee shop expenses.

He’s also accused of defrauding a bank in Mississippi by using phony tax returns to get $4 million in loans.

For the bank and wire fraud alone, Avenatti could face up to 50 years in federal prison. Avenetti’s initial court appearance will take place in New York, and he’ll answer to the Nike-related charges at the United States District Court in Santa Ana “at a later date.”

RELATED: We Have Some Casting Suggestions for Michael Cohen the Movie