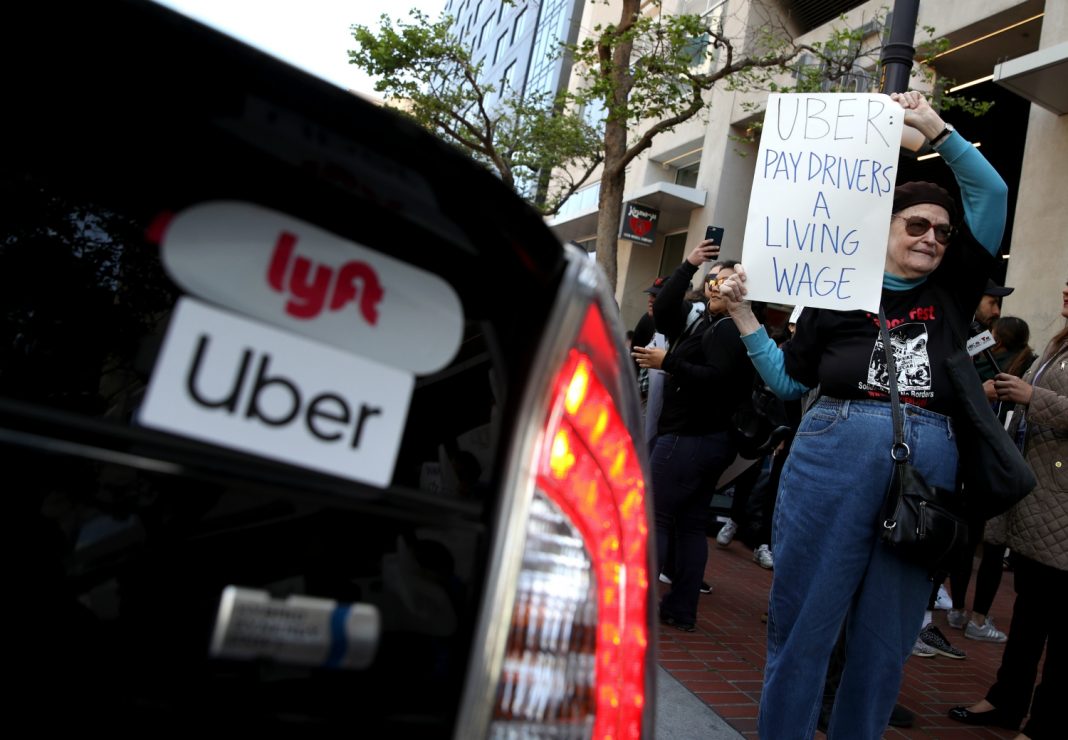 Uber has fallen into a major financial slump as of late, reporting more than $5 billion in losses in the second quarter of 2019 and laying off a third of its 1,200-person marketing department in an effort to cut costs.

As the company tries to rekindle its once-explosive growth rate, it’s started making moves to diversify, expanding the range of transit modes it offers to become a “one-stop shop” for customers’ transportation needs. “Just like Amazon sells third-party goods, we are going to also offer third-party transportation services,” Uber CEO Dara Khosrowshahi told Recode last year. “We want to kind of be the Amazon for transportation.”

Aside from scooping up the bike and scooter company Jump and pouring money into high-tech projects like autonomous vehicles and Uber Air, the rideshare company has made a big push to partner with cities’ public transit agencies, incorporating info and ticket-buying options for trains and buses into its app, and in some cities, like Dallas, even replacing would-be transit routes with subsidized rides.

But according to Joshua Schank, chief innovation officer at Metro’s Office of Extraordinary Innovation, we won’t see an Uber-Metro alliance forming anytime soon. While L.A. has long sought an innovative way to boost ridership by solving its notorious “first mile, last mile” problem, the city decided to partner with another, smaller rideshare company to help out with this issue—the New York-based Via. In January, it launched a one-year pilot program with the company, offering shared rides to and from the North Hollywood, El Monte, Artesia, Compton, Willowbrook/Rosa Parks, Avalon, and Long Beach Metro stations.

Schank says that the city’s decision to eschew both Uber and Lyft (which was originally considered for this program) was made in part because those larger companies are less open to sharing their data. He says that knowing where riders need to go is essential for improving Metro’s services. “Knowing how well we’re doing, and therefore being able to figure out what kind of services we should be offering in these types of partnerships, is critical,” Schank says.

Congestion was also a concern when developing the program. Last month, Uber and Lyft released a joint study that showed the two companies were increasing traffic in Los Angeles, accounting for between 2 and 3 percent of all vehicle miles traveled in September 2018. Schank said instead of subsidizing full routes like Dallas did with Uber, Metro’s partnership with Via will only offer rides to and from existing Metro stops.

“What we’re doing with Via is trying to get more people in shared vehicles to and from train stations, which we believe at a minimum won’t contribute to congestion,” says Schank. “But more critically, it contributes positively to our goal of getting more people around without using single occupancy vehicles.”

Schank says that another big benefit of Via is that it pays its employees “a living wage.” While Via drivers, like Uber and Lyft drivers, are still considered independent contractors, they are paid an hourly rate regardless of whether they pick up any riders. Uber and Lyft have faced controversy for not compensating their drivers fairly.

And Metro has another innovation up its sleeve as well, says Schank. It’s been developing its own “microtransit” program, which will allow riders to hail on demand mini-buses operated by Metro employees. “That’s going to be a big experiment to see what happens when a public agency tries to incorporate on-demand shared ride services into its business model,” he says. The program is slated to launch early next year.

RELATED: Waze Hijacked L.A. in the Name of Convenience. Can Anyone Put the Genie Back in the Bottle?