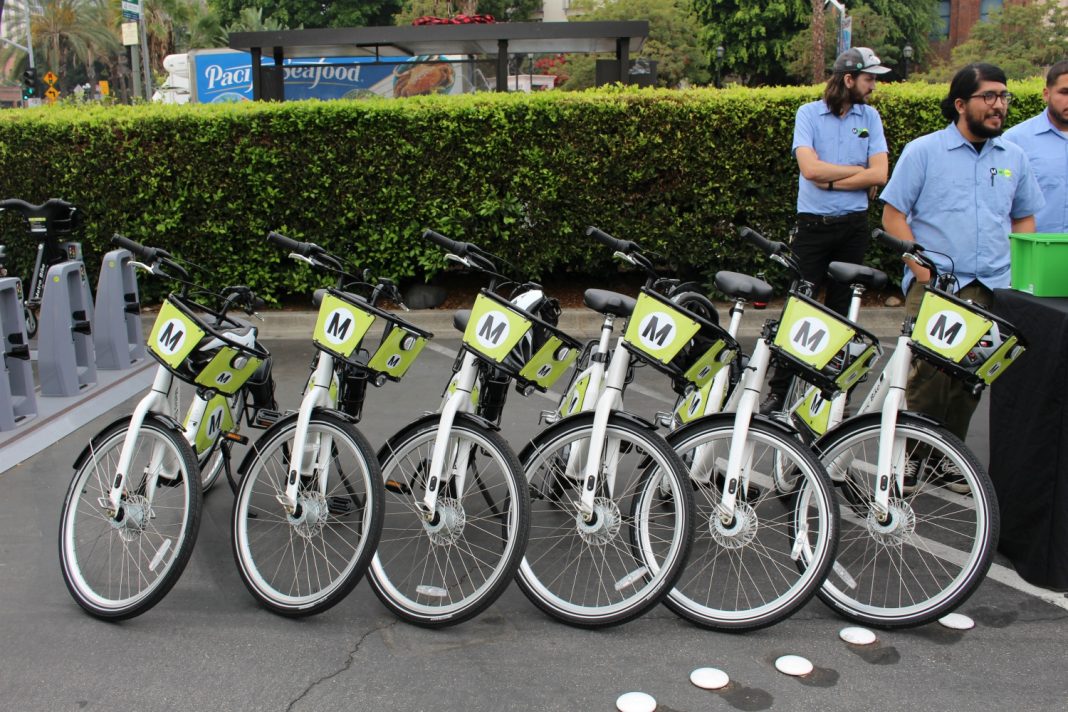 This morning, Metro introduced a small fleet of motorized “e-bikes” into its countywide bike share program. Part of a three-month test run, the ten motorized two-wheelers will be available to rent at several Metro bike docks downtown, as a way to gather feedback for a larger program that could be launched in the coming months. “We want to have at least a couple hundred in the fleet by early next year,” said Metro spokesperson Dave Sotero.

Equipped with a motor that gives the front wheel an electric boost, the pedal-assisted bikes can reach speeds up to 17 mph. On a short test ride, the bike required little physical effort to operate and rode smoothly even on hills, which could be a boon for Angelenos who want to add biking to their commutes without working up a sweat. Bonus: they’re pretty fun to ride.

At 50 pounds, the bikes are about three pounds heavier than traditional Metro bikes, and much of that weight can be attributed to the bulky battery pack attached their rear ends. Able to power the motor for about 30 miles, the packs must be regularly replaced by county employees, meaning there is a small chance you could run out of juice while on the go. In this case, it would continue to function like a normal bike.

This launch is part of a larger upgrade of Metro’s bike share program that will take place in the coming months. Aside from expanding its network of traditional and e-bike docks, the agency plans to debut a fleet of dockless smart bikes equipped with screens and GPS navigation this winter. “The goal is to eliminate vehicle trips, and even Uber trips,” said Sotero. If Angelenos bite, it could put a dent in transportation-related carbon emissions, which account for 41 percent of California’s greenhouse emissions each year.

To find where the new bikes are docked, look for a green lightening bolt in the Metro Bike Share App.