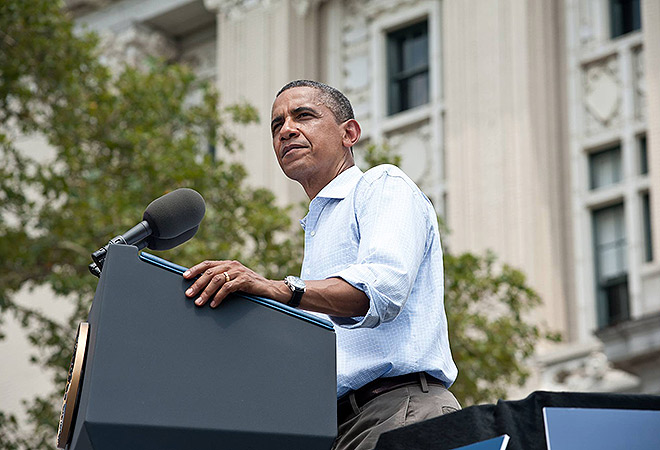 Earlier today, 16 newly-elected mayors from prominent U.S. cities, including our very own Eric Garcetti, met with President Obama for a bit of political chatter regarding the ways the federal administration can partner with local leaders to create jobs and opportunities for middle class families.

In advance of the meeting, Garcetti hosted a private breakfast for colleagues such as Mayor-elect Mike Duggan from Detroit, Mayor John Cranley from Cincinnati, and Mayor-elect Betsy Hodges from Minnesota, among others. “I want to work closely with mayors from across the nation to share ideas on creating jobs and solving problems in our cities, and how we can collectively make a difference on the national level,” Garcetti said.

Obama made a pre-summit speech, expressing his gratitude for the work of the elected officials Garcetti had gathered. “I’ve always said that mayors don’t have time to be ideological, and they don’t really have time to be partisan, because they… are held accountable for concretely delivering the services that people count on all across the country,” he said. “And I think it’s for that reason that when we think about mayors, we think about folks who actually get stuff done.”

The president also hoped to get a sense of each participating mayor’s vision for their city, and how he or she plans to deliver services like education, infrastructure, business and more to their constituents.

On a federal level, it is his hope to get the budget deal out of the Senate so that there can be some cashflow on a local level, like using transportation dollars to reduce congestion and rush-hour traffic (likely a nod to Garcetti and our beloved hometown).

Let’s hope Mr. Mayor holds him to it.