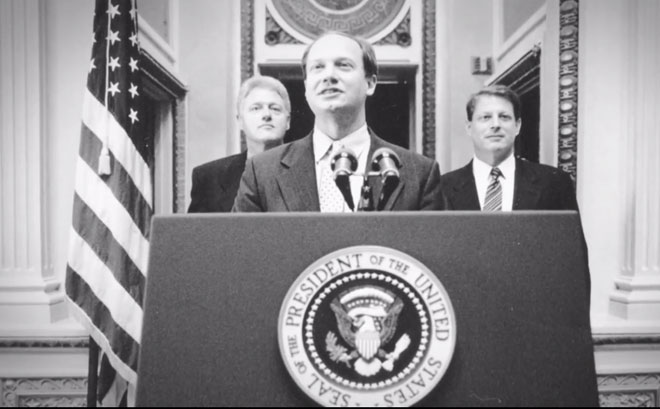 Photograph: A screengrab from the U.S. Department of State's video (below)

As tensions between foreign dignitaries and the U.S. government continue to rise over the National Security Agency’s alleged spying on world leaders, one Angeleno found himself in the schleudersitz—hot seat in German—this week.

John B. Emerson, the U.S. Ambassador to Germany since August, was reportedly summoned by the U.S. ally’s Foreign Minister to discuss allegations that the American intelligence agency had tapped Chancellor Angela Merkel’s cell phone. (Merkel spoke with President Obama about the allegations herself on Wednesday, and said that if true, the act would represent “a grave breach of confidence.” The White House has stated the U.S. is not and will not monitor Merkel’s communications.)

So who, exactly, is Emerson? A former president of private client services for Capital Group and former chairman of the Los Angeles Music Center, Emerson worked in the city attorney’s office in Los Angeles and ran for the California State Assembly in 1991 before working at the White House under Bill Clinton. In 2012, he spoke about the future of Los Angeles at one of Los Angeles magazine’s Breakfast Conversations. This video, posted by the U.S. Department of State’s Bureau of International Information Programs over the summer, sheds some additional, if superficial, light: