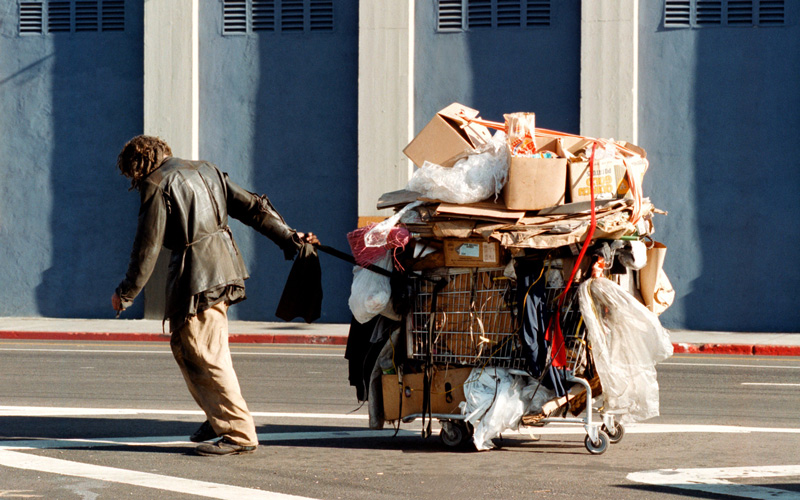 Filling in that first bubble on your ballot should be straightforward. But since California is locked in for the democratic candidate, per yoosj, voting for president is really just an act of solidarity. If you actually want your vote to do work, you’ll have to turn a couple pages back to the local measures section.

The trouble is, you’ll probably be wildly underprepared. (Promising yourself you’ll do your homework next election somehow never pans out…) Many of the city and state measures are convoluted or divisive, but there’s at least one you can feel totally, 100 percent confident about: Measure HHH. It’s a massive plan to build permanent supportive housing for the homeless, and of all the ballot measures, it’s the most clear-cut step toward bettering the world we live in.

There are currently around 28,000 homeless sleeping on the streets in Los Angeles, and Measure HHH will build 10,000 units of supportive housing for them. The annual property tax increase that would pay for Measure HHH’s $1.2 billion worth of general obligation bonds is pretty minimal. For every $100,000 your home is worth, you’ll only have to shell out $9.65 per year.

RELATED: How I Learned to Stop Hating Marijuana and Love Legalization

Additionally, Measure HHH adopts the Housing-First strategy, which is more likely to be effective than other programs aimed at helping the homeless, since it gets people off the streets and then deals with their drug and mental health issues. Building permanent supportive housing for the homeless can also save taxpayers in the long run, reducing the money we would need to spend on policing, jail space, emergency services, and other programs.

The measure needs a two-thirds majority to pass, and the arguments against it are weak (“Too few units to solve the problem,” “The new housing won’t be available for three years”—I mean, we have to start somewhere). If you want to to vote for something concrete that will directly help people in our city, vote yes on HHH.

Thomas Harlander is a staff writer at Los Angeles magazine. You can follow him on Twitter and Instagram. He recently wrote Reusable Tote Bags Are the Greatest Trick the Devil Ever Pulled.