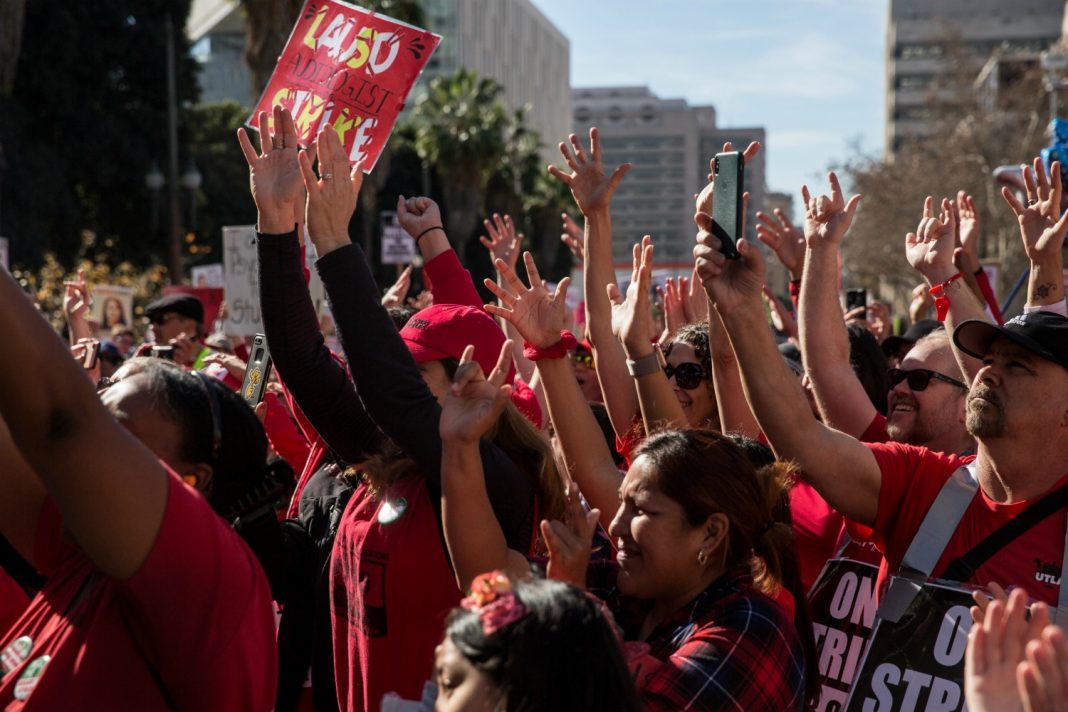 In January the city rallied around L.A.’s public school teachers when they staged a six-day strike in order to reach a deal with the Los Angeles Unified School District that included smaller class sizes and more resources for themselves and their students. But the public’s enthusiasm didn’t translate to support at the ballot box when it came to funding the promises the district made to teachers.

According to the Los Angeles County Registrar-Recorder/County Clerk’s Office, Measure EE fell way short of the two-thirds support it needed, with just over 45 percent of people who cast ballots in the special election voting yes. The measure would have imposed a tax of 16 cents per square foot of indoor space on property owners, and raised around $500 million annually for a dozen years. With 100 precincts reporting, it appears that just over 304,000 people cast ballots, and as the L.A. Times points out, “Low-turnout elections generally bring out a disproportionately older, more conservative, less tax-friendly electorate.”

It's trending in the opposite direction as in-person ballots roll in. Now at only 48% "yes." https://t.co/zQYDpJQvFK pic.twitter.com/VMrFCokBGS

The defeat is a blow to Mayor Eric Garcetti and district Superintendent Austin Beutner, the latter of whom referred to the measure as “a referendum on whether we believe in public education.” One of the initiative’s biggest opponents, the L.A. Area Chamber of Commerce, launched a fervent campaign against EE based, it said, on the measure’s failure to guarantee that the money would wind up in the classroom, a lack of independent oversight, and a hurried process that didn’t allow for community input.

As LAist reports, “LAUSD is not in immediate danger of running out of cash; the district projects ending the year with more than $1.8 billion in the bank,” but things could start getting complicated by the 2020-21 school year.

Garcetti attempted to put a positive spin on the defeat Tuesday night by focusing on the longer-term impact of the EE campaign, saying, “We’ve put together the broadest, deepest, most diverse coalition in support of public education in our community in a generation.”