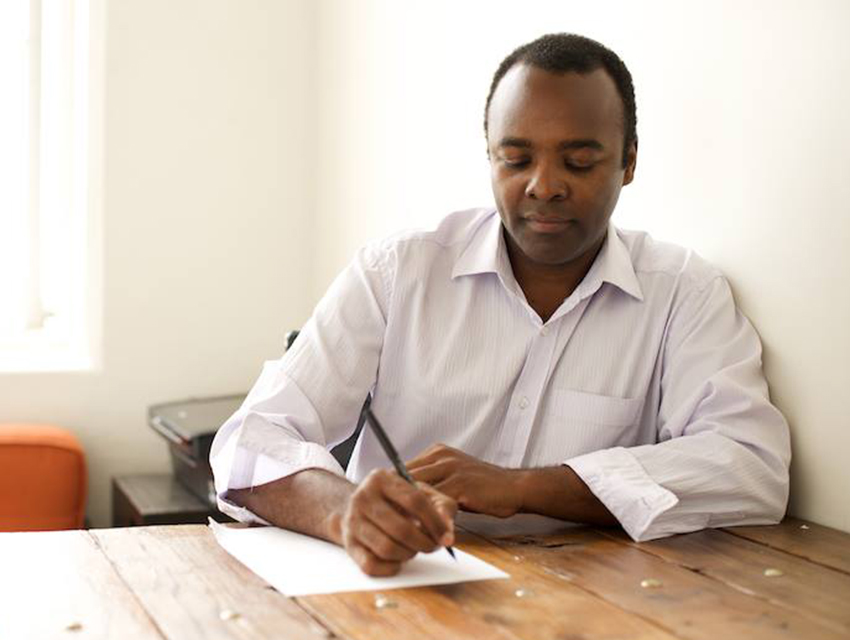 Frantz Pierre incidentally announced his candidacy for mayor on Sunday when he sent out a press release detailing his plan for handling the drought. The release described Pierre as “the noted upcoming Los Angeles mayoral candidate” and then moved right on to talk about other things. Why the offhand reference to his candidacy sans an actual campaign kick off?

“I’m just starting,” Pierre explained, when we reached him at the number handily listed at the bottom of the release. “I’m working on recruiting volunteers. I wanted to get going online first.” He pointed us to his Website, which outlines his plan to lead an “Economic Revolution” and oust Mayor Eric Garcetti.

One of Pierre’s most audacious plans tackles the drought (hence the fateful press release). Along with the construction of a worker-owned desalination plant, the plan calls for offshore drilling—for fresh water.

“It is a pretty new idea,” Pierre explained. “In Australia, actually, they went to drill for oil and they found fresh water. We may have some as well. We would have to do research, but I believe we do.”

(That’s true about the Australians.)

“There is no candidate that has a plan like mine to drill under the ocean floor to extract fresh water,” he said. “We would have to go three miles down, but the water is fresh. It is not contaminated. With my plan we will be able to sustain ourselves.”

By “no other candidate,” Pierre presumably means Garcetti, who remains the only other candidate to date, unless we’ve missed another announcement buried in another email buried in our inbox.

“He’s not doing enough about the drought,” Pierre said of Garcetti. “He’s very passive about it. He’s just trying to say the right thing, but really he has no plan.”