Home Business Marijuana Farms Have Found a Way to Keep Their Stink From Irking... 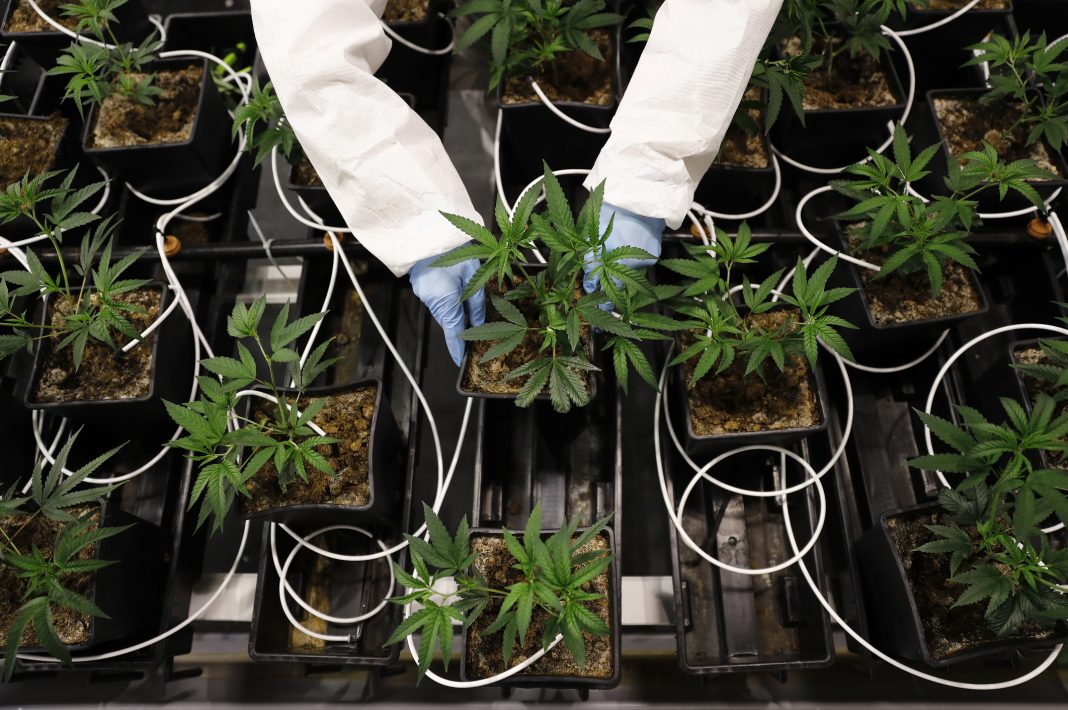 Cannabis entrepreneur Autumn Shelton was growing her bud business in Santa Barbara County when she started getting complaints from neighbors about the odor coming off the plants. In order to ease relations with the community, she worked with scientists to install a new odor-capture system that could make it far easier for California marijuana farmers and homeowners to live side by side.

Working with her business partner, Shelton discovered the Bloomington, Indiana-based Byers Scientific. The company had already built odor-capture solutions for waste water treatment plants, landfills, and livestock feedlots, but cannabis was a new sector for them. Researchers at Byers were able to develop a customized version of their waterless vapor-phase system that specifically addressed the needs of marijuana farms.

“The Byers Scientific system was a game changer,” Shelton says.

The waterless vapor-phase system releases a mist of an odor-neutralizing vapor into the air, working sort of like a high-tech, industrial-grade spritz of Febreze. In this case, the vapor binds specifically with the fragrance compounds found in cannabis terpenes. When it’s running, it’s pretty effective at hiding the scent of even a large marijuana operation.

“Once we discovered this new equipment, most of the growers in town ordered it,” Shelton says. “It took about eight to 12 months to build and install them for all the growers. There was a noticeable reduction in odor throughout the community, and the complaints decreased.”

That’s a pretty big deal in a place like Santa Barbara, where tensions between residents and marijuana growers have run high. And it offers hope for grow operations that want to establish suburban and even urban farms, shoulder to shoulder with existing homes and businesses.

What worries Shelton is that, even as legitimate growers invest in this kind of infrastructure, not everyone is going to be willing to play by the same rules–and that could make the whole marijuana-growing industry look bad.

“Recently some residents have started to complain about the odor again,” she says. “It appears that new illegal growers, and perhaps state-licensed growers, have popped up in the area. They do not have odor control, causing the odor to drift throughout town. And in California its legal to grow six plants at home, so you will also smell your neighbors’ plants when they are flowering, too.”

If you happen to find yourself living next to a marijuana farm that isn’t properly neutralizing odors, while unpleasant, it could at least potentially be good for your health, according to Shelton.

“It’s important to remember that what we smell from the cannabis plant are terpenes, which are found in numerous plant species and essential oils,” she says. “This means cannabis smells that drift could possibly provide the positive effects that terpenes are known to do.”