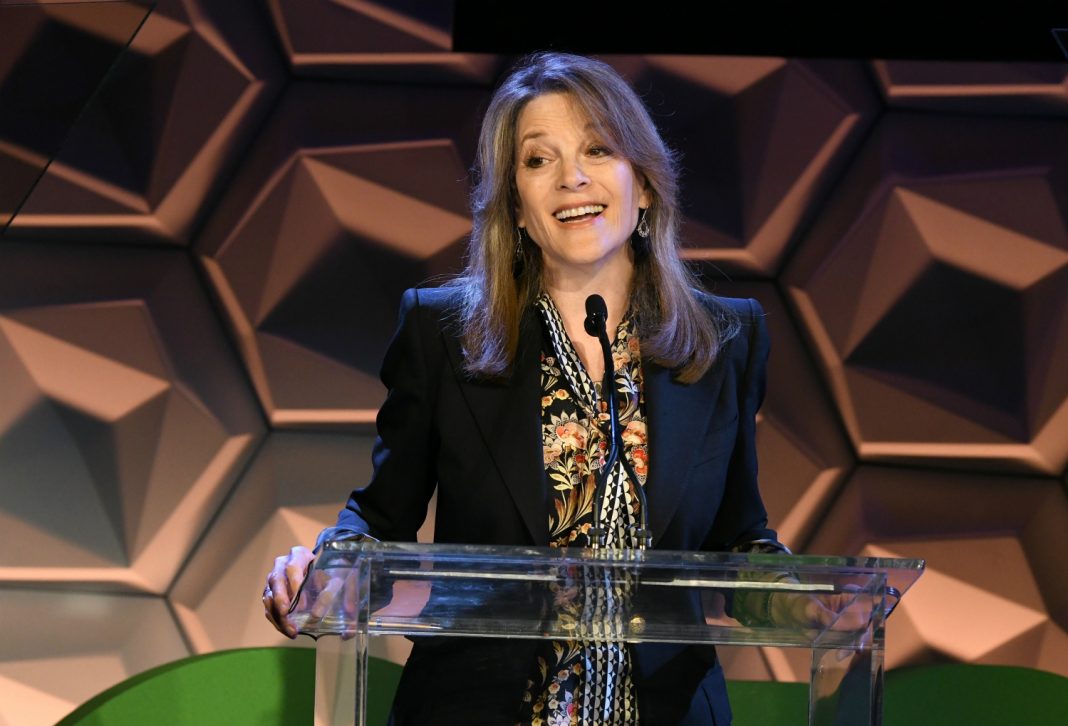 Alyssa Milano is not afraid of a little controversy. Or a lot of it. This week she co-hosted a fundraiser for Democratic presidential candidate Marianne Williamson, alongside Laura Dern, Marcia Cross, Amber Valetta, and Dave Navarro. Apparently this and other fundraising efforts have been successful, because the author and spiritual guru has made the cut for the second round of debates on July 30 and 31 in Detroit.

Twitter came for Milano in the wake of the event. “Elevating an anti-vaxxer is not a good look,” wrote one, “and honestly, it’s dangerous.” Milano’s witty (twitty) retort: “Smoking in your profile picture is also incredibly irresponsible.”

Not all of Milano’s critics were anonymous. Soledad O’Brien tweeted out: “Please do not use your platform who support people who do not support science and public health.” Others referred to Williamson as “dangerously anti-science. In ways that directly impact human lives and wellbeing.”

Williamson’s always had a big celebrity following; in fact, most of her followers live in L.A. and have been hearing her lectures since the 1990s. She presided over one of Liz Taylor’s weddings, palled around with Oprah, and gotten to know David Geffen. But now that she’s running for president—and making national headlines like never before—her quirks are on everyone’s radar. A few weeks back, Williamson incited controversy when it was revealed that she told Bill Maher on Real Time back in 2015 that she’s very skeptical of vaccines. This came up a month ago at a rally in New Hampshire, where she questioned vaccine use. It got so heated on social media, Williamson had to release a statement the next day saying she’s not an anti-vaxxer, she just hates big pharma. Which is still under dispute.

Williamson has also spoken out against anti-depressants and even psychotherapy over the years, and debate watchers are just catching up with all this. So when Milano tweeted early this Tuesday that she was part of Marianne for President fundraiser, the hate hammer came down hard. She did, wisely, add a disclaimer for her 3.6 million followers, but it didn’t stop the harassment.

Oddly, other celebs who’ve expressed interest in Williamson’s platform—including those who’ve explicitly endorsed her, like Dave Navarro—haven’t been subject to criticism the way Milano was.

Just because I am choosing to back a candidate and wish to push her agenda does not mean I am against anyone who votes otherwise. I am simply sharing a voice that I am enthusiastic about and that I believe deserves… https://t.co/7BKJj5Q6i7

You can bet Williamson gets thrown a vax question from CNN when she’s on the Detroit debate stage later this month. And it could shape the way America sees her going forward.

Marianne Williamson Has Pulled the Plug on Her Presidential Run

In Case You Were Wondering, Marianne Williamson Isn’t Dropping Out of the Presidential Race