Home Uncategorized MamaLA: When a Family Trip Turns Into a Vacation 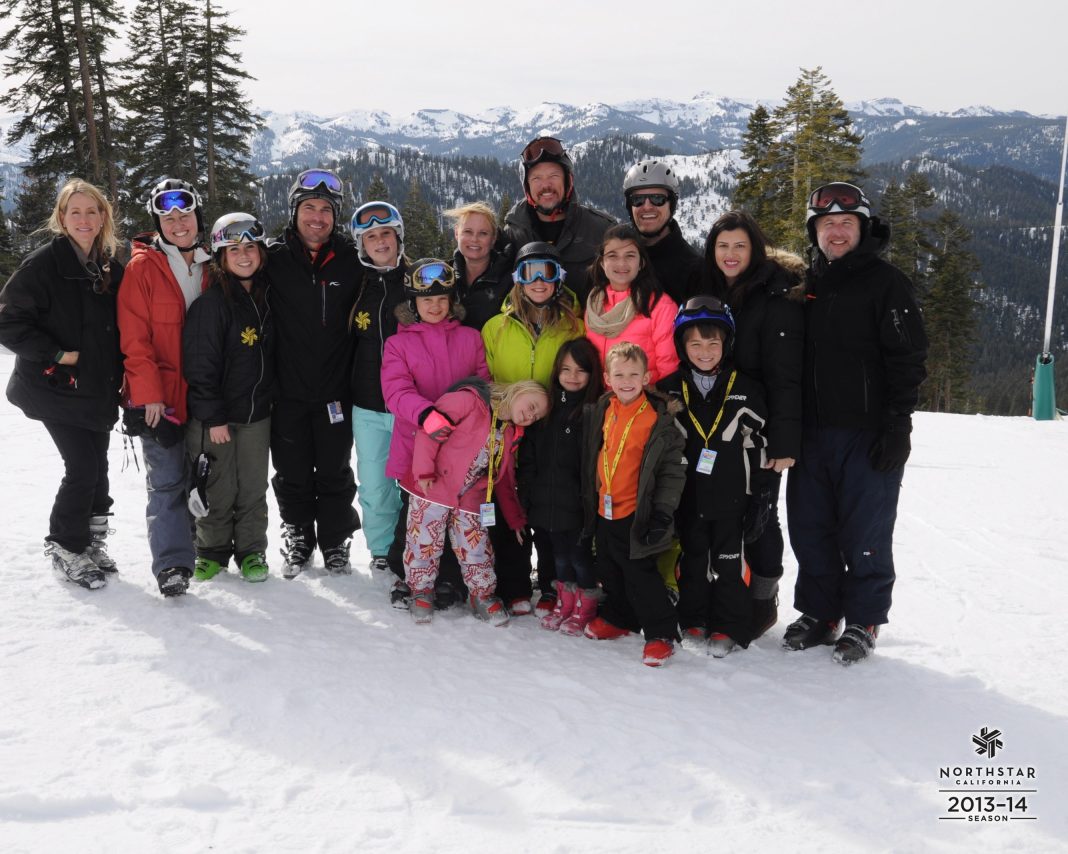 Last weekend, Soraya and Yasmine took respective holidays, both with other families. Soraya and her brood went skiing in Tahoe, while Yasmine headed south to Cabo San Lucas. Upon returning to L.A.—technically, on the way home from the airport—Soraya and Yasmine got on the phone to swap stories about their vacations.

As mamas well know, family vacations aren’t always the most relaxing. In fact, Soraya and Yasmine like to distinguish between vacation and family trip, the former being a (typically brief) holiday away from the kiddos and the latter consisting of pretty much the same caretaking responsibilities as usual, except with a wildly upended routine and in a more exotic locale.

But for Soraya, this family trip earned the vacation label. Her family joined three others at their friends’ lovely Lake Tahoe home, and between them, there were NINE children ages five to 15. It was a rare circumstance in that six of the eight adults go all the way back to high school, and some of them even further. The trip was a ball, with wintery fun for everyone: skiing, ice skating, even an ad hoc Winter Olympics planned by the older girls, complete with candy-filled medals. Events ranged from Liam Tiny Football, which involved tossing a Nerf into various receptacles (waste bins, the umbrella stand), fake crying, and sock skating, which is pretty self-explanatory: skating across the wood floors in socks. Did we mention that we are a fun bunch?

The surprise of the weekend is that it wasn’t necessarily the adults’ long history that created the fun group dynamic. It was the kids who made it a vacation. Soraya couldn’t believe how self-sufficient the children were. Everyone matched up either in age or in interest. The teenage girls whose home it was happily surrendered their cool bunk beds and playroom to the younger set, and sweetly sacrificed their black diamond trails to greens and blues, often topping the days off with a screening of Frozen. And, like any parent of a five-year-old, Soraya expected at least a few meltdowns at meal times and before bed, but there were none—the older kids helped, and the adults were able to prepare and eat their dinners leisurely, without worrying about any hunger-fueled tantrums. They played Cards Against Humanity out of earshot of their offspring and caught up on each others’ lives, but to be honest, they took the most pleasure in watching the next generation connect and form (perhaps lifelong) bonds of their own.

At the end of the weekend, no one wanted to leave. It’s not that a family-only trip wouldn’t have been just as special, but in the absence of new people and the possibility of fresh entertainment, the siblings might have clashed more. Instead, the tweens and teens were begging their parents to make time to do this more often. So what’s the lesson learned? There’s definitely something to be said for communal living! Soraya doesn’t know the exact recipe for success, but traveling with good friends who have similar parenting styles and kids who are close in age helps. So does some damn good luck. Now to plan for the Summer Olympics.