Home Uncategorized MamaLA: What Kate Middleton Can Learn From Celebrity Parents About Raising a... 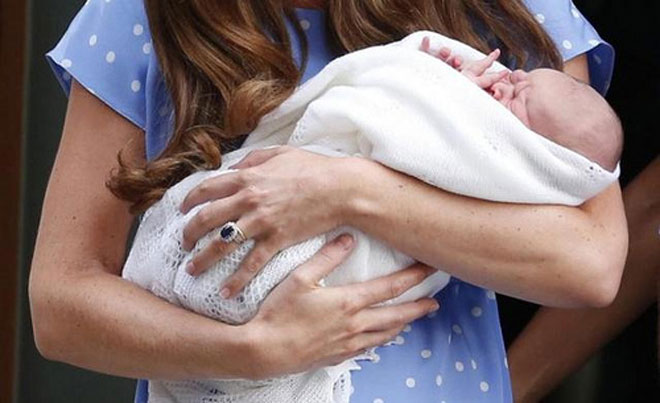 Congratulations on the birth of your son! Being a first-time mum is an indescribable adventure under normal circumstances, so we cannot imagine how one feels when they have delivered a baby in line to be the future King of England.

While we don’t have a monarchy in Los Angeles, we do have our own royal equivalent: celebrities. In our twenties, prior to having children of our own, we worked with an A-list actor and his incredible family.  (Yasmine as a nanny and Soraya as a personal assistant.) The children of this actor, who shall remain nameless, could have experienced the many issues often associated with the children of stars, but in fact, they were loving, respectful and humble kids.

We think that much of what we learned (and harnessed as parents ourselves) could be great advice to you as the mother of a child whose celebrity is already surpassing that of Suri Cruise and the Jolie-Pitt crew.  From our observations, you’ve taken many steps to try to create a sense of normalcy in your life with William, so we are guessing that you will do your best to do the same with your baby boy.

When we worked with this famous family, we (and everyone who came in contact with the kids) were struck by their genuine humility. Over the years of living in their home, we never once witnessed a shred of entitlement. On paper, these children could have been spoiled; they lived in beautiful homes and enjoyed uncommon luxuries. They were aware that their lives were not like other kids, but because of that awareness, their famous parents went out of their way to level the playing field. Aside from attending their dad’s movie premieres and visits to movie locations, they lived a very normal life. They played Little League, attended school dances, and played in high school bands. They worked diligently in school, formed strong bonds with family and friends, and were kind to everyone around them, whether it was a housekeeper or a studio head. When they met heads-of-state and presidents in their living room, they responded with their usual sense of respect, then slipped comfortably back into their homework.

We can only remember one instance when the kids acted out. Two of the three kids were bickering in the car, and Yasmine warned them to stop or she would have to tell their dad, a threat she had never used before. When they did not listen, Yasmine reluctantly told the kids’ dad about the incident that evening.  He immediately called the children to him and said in no uncertain terms that Yasmine was a part of the family and “when she speaks, it is as if I am speaking to you. I cannot do what I do without Yasmine’s help. I will not let you come to set and have everyone say how nice you are and hear that you are not listening to Yasmine or anybody else who works with us.” One by one the kids apologized. At the time, Yasmine felt terrible for “telling,” but in hindsight, it was the only incident that we can reference—and honestly, it was a non-incident. The point is there was a zero tolerance policy for anything that even faintly smelled of impoliteness, entitlement, or a lack of respect for others.

All three of those kids are now adults and they have grown into loving, special people.  Both of their parents credit much of their kindness to nature, but having witnessed their lives from such an intimate perspective we can tell you that they were showered with an abundance of mindful parenting, love, security, listening, warmth, humility, integrity, and goodness.

Duchess, as you step into your new title of “mother,” we offer you the knowledge that raising a child born into exceptional circumstances can result in an extraordinary child with a blissfully ordinary sense of himself, even if ordinary will never be used to describe his majesty.

With love and respect from your fellow Mamas,

With seven children ranging in age from eight months to sixteen years between them, sisters and bloggers Yasmine Delawari Johnson and Soraya Delawari Dancsecs are experts at parenting in L.A. They take a break from PTA board meetings, cooking, and producing films to blog at CityThink each Thursday.