Home Uncategorized MamaLA: The Root of the Problem 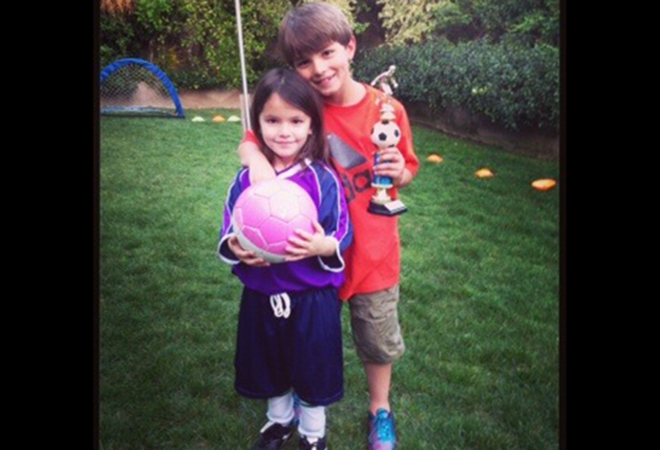 A couple of weeks ago, Soraya was reminded once again of the role that parents ought to play while watching their children play sports. It was at a club soccer tournament, and her eight-year-old son Hayden’s team was in the championship game. While clearly wanting a win—this isn’t AYSO so scores were kept—she and the other parents were mindful of their cheering and, generally speaking, kept their tone encouraging. The club and the team’s coach are very clear about the rules for parents, which include no sideline coaching and no negative comments.

But that weekend, one father was unable to abide. He was out of earshot, so Soraya couldn’t hear exactly what he said, but the coach admonished him a few times. Regardless, his son was in tears by the end of the game, and his father walked off the field in a huff. It broke Soraya’s heart to see her son’s friend so upset, and not because he lost the championship, but because he let his father down.

With Little League season in full swing, we wish there was a mandatory class on sports etiquette, because this issue comes up again and again as parents yell and scream at their own and other kids, as well as fellow parents and coaches, when they don’t get the wins they want or expect. Sports psychologists have coined the term Little League Parent Syndrome, but we have seen it across the board, whether the game is lacrosse, soccer, cheer competitions, football, or basketball. With kids playing sports year-round and starting at a much younger age, it’s critical that we encourage and support them so they don’t burn out by age 10. If the sport isn’t fun, especially in the beginning, or if there’s too much pressure from parents, kids won’t want to play, and who could blame them? Yes, competition is healthy, and it’s an inherent part of life and any activity at which a child wants to succeed, but our kids also need to learn about perseverance, compassion, cooperation, and team-building. We want our kids to play for the love of the game, and for the joy and sense of accomplishment they take from their own effort.

Somewhere along the way, Soraya read about two key things to say to a child when the game is over, even if everybody’s disappointed with the outcome: (1) Did you have fun? (2) I loved watching you play. That’s it. That is all a child needs or wants to hear from his or her parents. Not criticism about what they did wrong, and not even excuses as to why the game was won or lost.

Soraya’s husband, Mark, shares Hayden’s passion for sports. At times, he gets too caught up in the game or in Hayden’s development as an athlete, and she has to remind him to rein it in. He’s not unlike many other dads who are competitive by nature and want their child to be the best that they can be, but he also listens and checks himself when needed. None of us are perfect parents, but even as we will our children to succeed, we should want them to do so for themselves, and not out of fear of criticism from the people who are supposed to love them unconditionally.

With seven children ranging in age from one months to seventeen years between them, sisters and bloggers Yasmine Delawari Johnson and Soraya Delawari Dancsecs are experts at parenting in L.A. They take a break from PTA board meetings, cooking, and producing films to blog at CityThink each Thursday.

MamaLA: What to Really Buy for Baby