Home Uncategorized MamaLA: #Realgram With Us 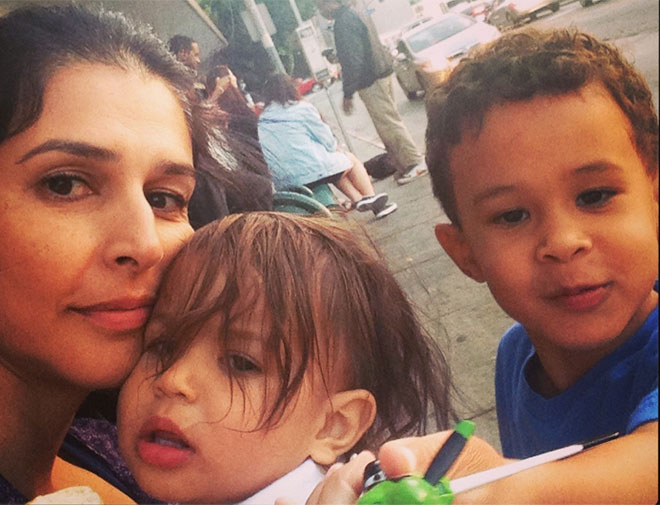 Between the two of us, Yasmine has always been the technological resistor.  While Soraya was rocking an early version of a cell phone, Yasmine was rolling with a pager. As everyone else on the planet was recognizing the inherent genius behind email, Yasmine was holding tight to paper and pen. You won’t be surprised to hear Yasmine was hesitant to embrace social media, too. (And no, the irony that we are bloggers with one tech-adverse writer is not lost on us.)

Yasmine finally succumbed to Instagram about a year ago. Before she did, Soraya reviewed with her some social media safety basics: make certain to keep the account “private” and turn off the “location services.” Yasmine was hooked in no time—she loved learning about the day-to-day lives of dear friends and relatives, near and far. One added if unexpected bonus: social media accounts allow us both to keep an eye on our kids’ posts and friends. All good things.

Over time, some of the issues Instagram raises for parent users became more obvious.  For one thing, she wonders how many of her non-mommy followers are sick of seeing daily updates of her children. On a slightly more serious note, she began to question the veritas of her posts, or for that matter everyone’s posts.

One of the biggest challenges of being a mama is feeling able to do it all right, or even kinda right. Yet post after Instagram post in our feeds seems more perfect than the next. So how many moments are being caught and how many re-created? Is social media place to indulge in marketing magic? Or is there virtue in being honest, visually, about our day-to-day lives?

We recently spent the weekend hanging out with our cousin and fellow mama, Fatima and the truth about our own feeds came out: we’ve only posted the best-looking parts of our days.  Yasmine mused about posting a pic of Maverick hiding under the dining room table in protest after being refused another sugary pack of gummy fruit.  Or maybe a pic of him watching King of the Hill when she got caught on a call and mindlessly turned on the TV, then forgot to find him a show.  Soraya admitted to worrying over whether or not her photo taking skills were good enough for her followers.  All three of us were sheepishly envying those feeds that capture a semblance of real life, not just perfectly lit moments that message familial bliss, and yet, we weren’t following the example.

So we came up with a new goal: to start also posting pics that tell the true story of motherhood, #realgrams, if you will. We’re not giving up our right to curate entirely—bad pics of tired mamas need not make the #realgram cut.  But we’ve decided some real life, real normal, real imperfect moments deserve a place in our digital memory books, too. Because following a social media feed is a lot like watching a trailer of a film, one that’s about our lives. In this case, we have an option to celebrate moments that would otherwise end up on a cutting room floor; we’re going to take it.