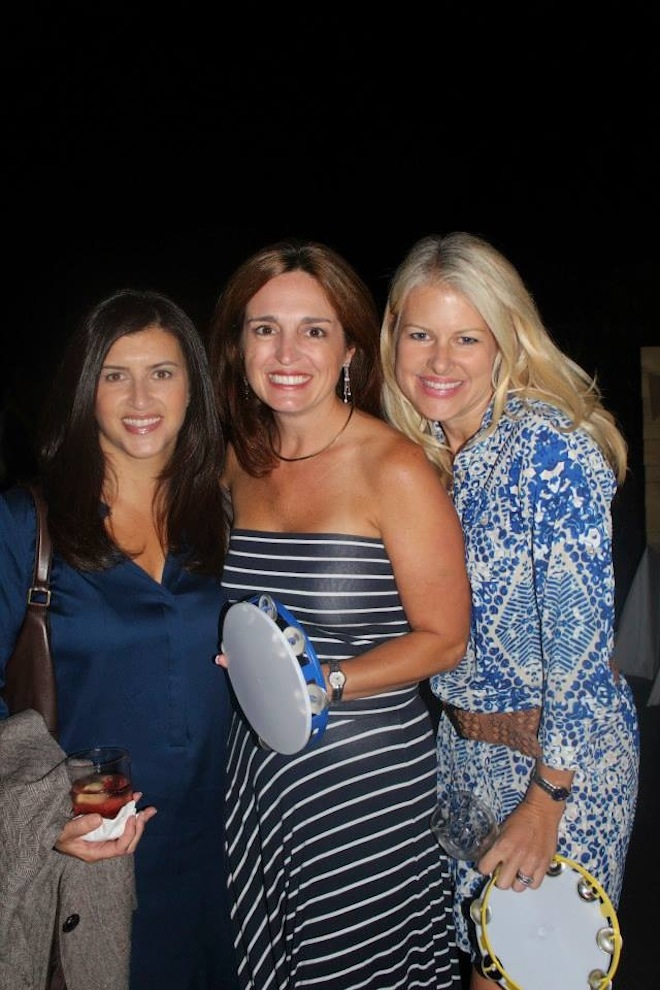 A couple of weeks ago, Soraya and her two friends/fellow mamas battled their way to a table in a crowded bar and jockeyed for attention from the bartender, trying to order drinks and six-dollar appetizers in the waning minutes of happy hour. Had they been at Skybar circa 2000, instead of Roy’s circa now, this might have been more trouble than it was worth, but on this particular evening, nothing could have been more valuable. It was girls’ night, and it was desperately needed.

Having settled on seeing American Hustle at the ArcLight—a far cry from the second or third showing of Frozen—the three ladies got dressed up in something other than jeans and a sweater, blew out their hair, and actually savored putting on makeup before meeting up at the packed bar on Friday. The freedom of being (a) out on the town and (b) unencumbered by bambinos with low blood sugar made navigating the scene a cinch. The first thing they asked was, “Why don’t we do this more often?” Cue a teensy bit of banter about how those darling husbands manage guys’ nights with some regularity. Often it’s couched in work: One actor hubby needs to go to a play, another has a Little League draft. Usually, beer is involved. However, these are truly good spouses who love their wives and enjoy being involved in their kids’ lives, so there was very little to complain about. It’s just that the daddies are so much better at carving out time, and the mamas are, frankly, jealous.

The consensus among Soraya, Yasmine, and their friends is that they were all feeling a bit burned out in this post-holiday slump, having put themselves last after kids, work, family, community obligations, etc. But even more so now than when they were single and childless, time spent with themselves/for themselves not only replenished their stores, but had a trickle-down effect for their families, making them a little more patient and relaxed.

Assuming other mamas out there might need a little break to spend some time with their besties, here are a few of MamaLA’s favorite activities:

So how did girls’ night out end for the three mamas? Soraya and her friends felt happy and refreshed, having refilled their cups. Of course, seeing Amy Adams’ plunging necklines in American Hustle did not exactly make them feel so great about those other cups, but that’s for another post…

With seven children ranging in age from nine months to seventeen years between them, sisters and bloggers Yasmine Delawari Johnson and Soraya Delawari Dancsecs are experts at parenting in L.A. They take a break from PTA board meetings, cooking, and producing films to blog at CityThink each Thursday.