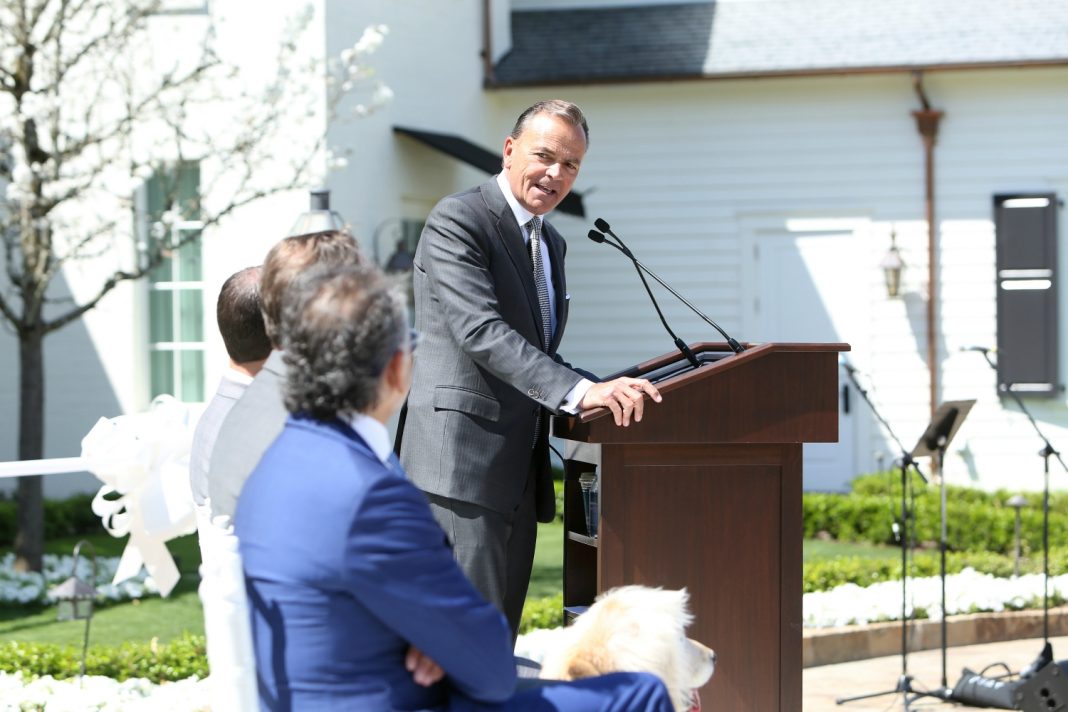 One of Los Angeles’s most enduring political rumors revives itself like clockwork every four years: the prospect of billionaire real estate developer Rick Caruso actually running for mayor. The creator of the Grove, Palisades Village, and the Miramar Hotel in Montecito is the closest thing L.A. has to a Bloombergian centrist, but over the years he’s proven to be more of a tease than a talent.

But that might be changing. In the clearest sign yet that Caruso is running, Los Angeles has learned that the 62 year old has hired powerhouse political consultant Ace Smith and his San Francisco-based firm, Bearstar Strategies—which counts Hillary Clinton, Governor Gavin Newsom, and Vice-President Kamala Harris as clients—to run his yet-to-be-announced mayoral campaign.

With the California recall election settled, the L.A. mayoral race is shaping up to be next year’s marquee political event, and the list of candidates vying to replace termed-out mayor Eric Garcetti is growing. Several L.A. council members, including Kevin de Leon and Joe Buscaino, have announced their candidacies, as has L.A. city attorney Mike Feuer. But it was the entry of U.S. Representative Karen Bass last month that upped the ante. Bass, a popular six-term congresswoman is now considered the front-runner, and it’s her candidacy that makes the pairing of Smith and Caruso particularly intriguing.

Within California political circles, Ace Smith is a legendary political operator who, for almost five decades, has worked for a who’s who of Democratic politicians. He’s managed campaigns for former governor Jerry Brown, senators Dianne Feinstein and Barbara Boxer, and is known as a master of oppositional research, which is the process of digging up dirt on political opponents and making sure it finds its way into the press at the most opportune—or, rather, inopportune—moments.

Smith’s relationship with Vice-President Harris dates back to the early aughts when she was serving as the San Francisco district attorney. Last summer, during Joe Biden’s search for a vice president, Smith and his team were working behind the scenes to get Harris on the ticket. This put Bass, who was also on Biden’s shortlist, in their sights. When Politico reported in June that Bass was surging in the VP sweepstakes with the help of Chris Dodd and Garcetti, both of whom were on Biden’s vetting committee and quietly supporting her bid, it appeared that the former physician’s assistant and nurse had a legitimate shot. The story characterized Bass as the “anti-Kamala Harris,” citing Bass’s “unassuming approach” and “muted ambitions.” But a mere two days later, a second story appeared, also in Politico, resurfacing old comments Bass had made lamenting the death of “Comandante en jefe” Fidel Castro. Those comments, as the piece emphasized, clearly wouldn’t play well among Florida’s Cuban ex-pat community, a powerful political constituency, and it served as a warning sign to Biden.

While impossible to prove, insiders speculate that the whole episode smacked of vintage Ace Smith and suspected that the 63 year old’s fingerprints were all over the story. Others weren’t so sure. “Ace gets credited and blamed for things he had absolutely nothing to do with,” said a political consultant who has worked with Bearstar. “That’s just part of the myth.”

Whether real or imagined, Smith has earned a reputation as someone who knows how to thwart the ambitions of Bass.

As a hotel developer and shopping-center magnate, Caruso doesn’t fit the mold of a typical Smith client, who is usually a member of the Democratic establishment. But these are not normal political times, especially in L.A. The city is currently in the midst of two recall campaigns (both district attorney George Gascon and councilman Mike Bonin are facing recall efforts), there’s an out-of-control homeless crisis, violent crime is soaring, and the recent indictment of Mark Ridley-Thomas—one of the city’s longest-serving officials—on federal bribery charges makes him the third current or former L.A. city council member to be indicted on federal charges since 2020.

“Context is going to matter a lot and there might be a counter constituency to progressive politics that has legs in this election,” says Raphael Sonenshein, executive director of the Pat Brown Institute for Public Affairs at California State University, Los Angeles. “In 1993, when Riordan won, it was a bad time to be a liberal candidate running for mayor—but I’m not sure we’re at that point right now. Caruso is certainly a heavyweight political figure and like all people in the race, every asset he has could also be a liability. That’s just the way things are right now. But he’s a formidable player.”

The devout Catholic father of four is no stranger to the city’s corridors of power. He’s been a president of the L.A. Police Commission and a member of the board of Water and Power Commissioners. He served as the chairman of the board of trustees at the University of Southern California during the most tumultuous period in the school’s history.

But it was during the protests after the killing of George Floyd that Caruso may have tipped his hand on what kind of a candidate he might be. Last summer, a protest in the Fairfax District turned violent and was the setting for vandalism and looting, which caused hundreds of thousands of dollars of damage at the Grove. The outdoor shopping center had its windows smashed, stores were burglarized, and a police kiosk was set on fire. Worried that this could spread to other Caruso properties, the National Guard was dispatched to the Palisades Village the next day. Caruso was furious. In an editorial published at the L.A. Times, he excoriated elected officials. “You had a sacred duty to protect the residents of this city and you failed. And you had a sacred duty to protect the protesters and you failed. You had a sacred duty to protect the Black community and you failed,” he wrote. “Their overwhelming statement that was made to me was, ‘I am doing the best I can do.’ And my response was, ‘If this is the best you can do, you should not be in office. The city deserves better.”

Were he to run in a campaign that could cost anywhere from $20 to $50 million, Caruso could easily self-fund. And if it ends up being dominated by progressive candidates duking it out, there could be an opening for a business-friendly outsider who turns the race into a referendum on jobs, law and order, and cleaning up the streets.

“Rick is seriously considering a run for mayor,” says a spokesperson for Caruso. “And as part of that consideration, he has worked with numerous people, including Bearstar Strategies, to analyze the situation and determine how best he can help solve L.A.’s mounting problems.”

But there are also some glaring challenges his consultants will have to contend with in the event that he runs. Start with the optics of his immense wealth and privilege. He was serving as chairman of the board of trustees at USC, for instance, during the time the school was implicated in the college-admissions scandal known as Operation Varsity Blues. He was then drawn deeper into that scandal when it was revealed that social-media influencer Olivia Jade, actress Lori Loughlin’s daughter, was spending her spring break on Caruso’s yacht when she learned that her mother was part of the college bribery case. Caruso was forced to issue a statement explaining the situation.

And then there is the issue of his party affiliation: Caruso isn’t even a Democrat, and in deeply blue Los Angeles, that can border on heresy. L.A. has had only one Republican mayor in the last four decades, Richard Riordan, who was also a successful, Catholic, Westside businessman with considerable real estate holdings. But Riordan, who served as mayor from 1993 to 2001, was considered a moderate, and in these polarized times, it’s an open question whether the city could stomach anyone other than a progressive.

Forbes recently listed Caruso’s wealth at $3.9 billion. He owns homes in Brentwood, Sherman Oaks, and Newport Beach. Earlier this year he listed his Malibu mansion for $40 million. Always impeccably dressed, he can often be found strolling the grounds of the Palisades Village where he hosts private events in the same space where he maintains a vintage car collection and his own private barbershop.

“How the hell do you sell a Republican billionaire in these times?” said one consultant, who was close but not quite accurate in his characterization of the businessman. Caruso was indeed a lifelong Republican before he switched his affiliation to “decline to state” in 2011. Filings show that he has given generously to both Democratic and Republican candidates and causes over the past decade.

But still, you get the point.