Home Uncategorized Malibu May Change, but Its Allure Will Never Die 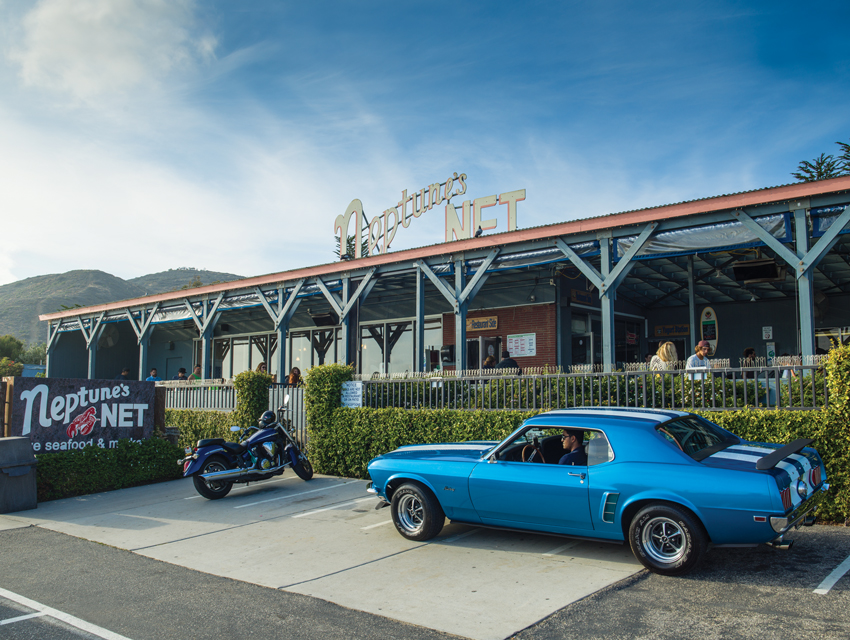 To clean a windshield right, you have to hold the squeegee at a slight angle, apply direct pressure, and drag it across the length of glass without stopping. It was a skill I honed pumping gas at a Texaco one late-’80s summer in Malibu. Working the full-service isle at the corner of Cross Creek and Pacific Coast Highway, I might see Bruce Dern jog by or Mick Fleetwood roll up to the morning roach coach in a gurgling Mercedes. Rick Springfield (his Texaco card said “Springthorpe”), Emilio Estevez, Flip Wilson—they all came to fuel up. Bill Murray gave me the blues cassette from his BMW’s stereo.

I’d write poems on credit card slips during my downtime, then punch out and drive to my dad’s house beside the Colony. I was between quarters at UCLA. My father was a PR executive on the rebound after declaring bankruptcy. After landing a new job, he sold his Coldwater Canyon home and had a beach bonfire, burning his money on a cabinlike rental by the water. Never one for the sand, my dad liked to sprawl on the deck reading Le Carré as pelicans scanned the sea in military formation.

With a complexion best suited to moonlight, I wasn’t particularly beachy, either. Malibu was more about the sights than the surf for me. As a Valley kid in the 1970s, I’d pile into my mom’s yellow station wagon and careen through Topanga Canyon to the Malibu Feed Bin, a barn-red shack at PCH, to buy supplies for the chickens, goats, and horses that fulfilled her back-to-the-land fantasies. There were sacks of grain, pens with molting Rhode Island Reds, the scents of oats and leather tack. It’s possible that my bead on economic markers at the time was imprecise, but Malibu seemed normal back then. The homes were less ridiculous. The bait shop and the biker bar and the divey little restaurants weren’t outliers; Malibu Lumber Yard sold actual lumber, not James Perse.

After the divorce, my mom moved with my brother, sister, and me to Scottsdale, and Malibu became a series of glassed-in visits with my dad. It was the green hillsides outside the passenger window, the watery vanishing point beyond the deck of some restaurant. His favorite was Alice’s, a place on the pier where he’d sip his schooner of beer, prescribing advice as I stared into the rippled varnish on the wood table. On occasion we’d go for a bluffside brunch at Geoffrey’s, where waiters in formal attire seemed like they were on a different coast. Later there were dinners with his girlfriend at the cantina Ali MacGraw designed or at the cavernous seafood place that wrapped leftovers in tinfoil swans.

To save money, my dad and his girlfriend eventually moved into a stucco rectangle beside Moonshadows. One end throbbed with PCH traffic; the other shuddered to the waves. Storms could be harrowing. Eating a banana one morning, I watched a rogue wave knock down his sliding-glass door, sending sand crabs scuttling across the carpet wetlands as they tried to hide among chrome and brass furniture corroded from the salt air.

Malibu was a drawn-out fever dream. My dad failed to make a balloon payment (he was renting to own) a year or so after his girlfriend left him. An apartment in Marina del Rey was his last foothold on the coast before the low tide of his funds compelled him to move to Scottsdale.

By then I was married to a girl who had lived next door to me at UCLA. For our second date in the early ’90s, I packed a picnic, and as the sun lowered, I drove past the Feed Bin and the ancient clapboard motel nearby, past the bait shop and Alice’s and the other old Malibu vestiges that clung like mussels to the glossy beach town. Parking across from the Texaco, I led her out onto the sand of Malibu Lagoon. As we sat in the lunar glow, the Malibus I knew faded. We’d drifted from time, landing on a shoreline that stretched from a primordial past into a future that burned more brightly than I thought possible.