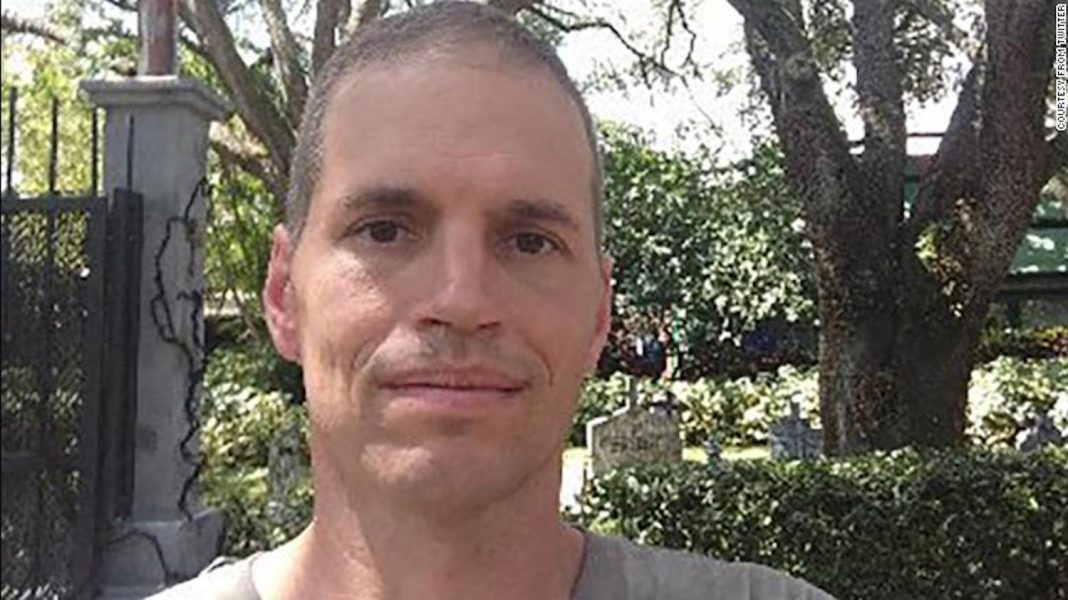 The now-deceased Ohio gunman who took aim at the FBI’s Cincinnati field office this week was a loyal supporter of former President Donald Trump and an advocate for “war” against the Americans that the MAGA base has spent years demonizing.

Ricky Walter Shiffer, 42, was shot to death by state police after the attempted attack with an AR-15 and a nail gun following his effort to breach an FBI building on Thursday morning. He ended up fleeing in a vehicle, and CNN reported the car was spotted by an Ohio state trooper about 20 minutes later at a northbound rest stop along Interstate 71. The officer tried to initiate a traffic stop before Shiffer fled and a six-hour standoff with police ensued, ultimately ending with the suspect being shot to death by police.

“The suspect vehicle did fire shots during that pursuit,” Lt. Nathan Dennis said in a news conference.

In the wake of his death, eyes have turned to his extensive social media activity to find why he initiated such an action.

His presence on multiple platforms plainly shows extreme radicalization through right-wing propaganda, repeatedly pushed by Trump and his allies, including unfounded allegations of “prosecutorial misconduct, the weaponization of the Justice System, and an attack by Radical Left Democrats” in response to Monday’s FBI search for classified documents apparently hidden at the Mar-a-Lago residence in West Palm Beach, Florida. The former president said that the raid signaled “dark times for our nation” and “political targeting at the highest level.”

It would appear that Shiffer took that narrative to heart.

“People, this is it,” he wrote on the Trump-owned Truth Social platform on Tuesday, a day after the raid. “I hope a call to arms comes from someone better qualified, but if not, this is your call to arms from me.”

His post continued, “Leave work tomorrow as soon as the gun shop/Army-Navy store/pawn shop opens, get whatever you need to be ready for combat. We must not tolerate this one. They have been conditioning us to accept tyranny and think we can’t do anything for two years. This time we must respond with force. If you know of any protests or attacks, please post here.”

“Are you proposing terrorism?” a Truth Social user asked on the unhinged thread.

“No, I am proposing war,” Shiffer responded. “Be ready to kill the enemy, not mass shootings where leftists go, not lighting busses on fire with transexuals in them, not finding people with leftist signs in their years and beating them up. Violence is not (all) terrorism. Kill theF.B.I. (sic) on sight, and be ready to take down other active enemies of the people and those who try to prevent you from doing it.”

In a previous post on the same platform, a screenshot shows Shiffer stated, “Donald Trump was my hero just a year ago, but we must not continue to lay down and take this … It is a dark situation for that family, but millions of other kids are in danger until we show the enemy how Americans do it.”

The NYT has identified the Ohio shooting suspect as "Ricky Shiffer." There is a Truth Social account using that same name. On the same day the FBI executed a warrant on Mar A Lago, the account made a call to "be ready for combat" and to "Kill the FBI on sight." https://t.co/xifjCxQ43N pic.twitter.com/j99w3NJxZ3

Shiffer also fired off more messages online before he was shot to death.

“Well, I thought I had a way through bulletproof glass, and I didn’t,” Shiffer reportedly posted on Truth Social at 9:29 a.m. Thursday—about 15 minutes after authorities say the initial attack occurred. His post continued, “If you don’t hear from me, it is true I tried attacking the F.B.I., and it’ll mean either I was taken off the internet, the F.B.I. got me, or they sent the regular cops while[…]”

“While” was the last word of the post without any punctuation.

The Drudge Report was quick to label Shiffer a “MAGA MANIAC.” On Friday, Fox News reported verification of the Truth Social posts seen above and obtained a statement from the Trump Media & Technology Group: “Truth Social does not tolerate violent threats or incitement on our platform. We work to immediately remove any such posts from Truth Social and cooperate with law enforcement.”

The account was removed from Truth Social Thursday night, but screenshots of his activity are circulating on Twitter.

A screenshot from a May 7 tweet by an account attributed to Shiffer also shows him calling for conflict, more subtly, in response to a tweet from Rep. Marjorie Taylor Greene: “Congresswoman Greene, they got away with fixing elections in plain sight. It’s over. The next step is the one we used in 1775.”

Shiffer had also advised others to, “Save ammunition, get in touch with the Proud Boys and learn how they did it in the Revolutionary War, because submitting to tyranny while lawfully protesting was never the American way,” as The Huffington Post reported. The New York Times reported Friday afternoon that two law enforcement officials said Shiffer had been on the radar of the federal authorities for months.

Feds were investigating whether Shiffer had been involved in the Jan. 6 attack on the U.S. Capitol, as he’d reportedly been spotted in a video posted on Facebook on Jan. 5, 2021, attending a pro-Trump rally at Black Lives Matter Plaza in Washington the night before the Capitol was stormed. The Times also stated agents were investigating a separate tip that led them to conduct interviews in Florida and Ohio, including with a neighbor at Shiffer’s apartment complex in Columbus.

This Ricky Shiffer?
The one who's a fan of Marjorie Taylor Greene 🤔 pic.twitter.com/kCUPABbbfe

Ricky Shiffer—the suspect who attacked the FBI field office in Cincinnati—has been killed by law enforcement. His social media accounts on both Twitter and ‘Truth Social’ reveal exactly who he was radicalized by: Donald Trump and the Republican Party. pic.twitter.com/aaDtLrDq1o

Ricky Shiffer: just another antivax, Musk-worshipping, antifa/BLM hating, trans-panicking stolen election truther. These guys are your neighbors, your coworkers, and your extended family. And many of them want to kill you. pic.twitter.com/grCy6XE3GV