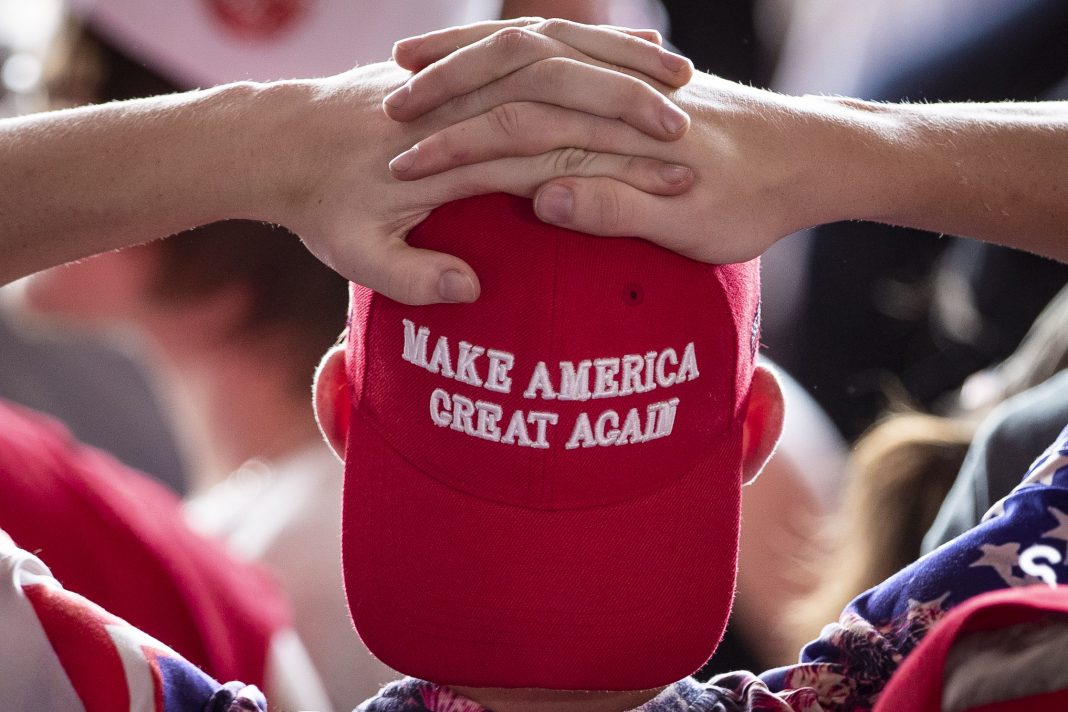 When you see a red ball cap with the words “Make America Great Again” embroidered on it in that generic font, who do you think of? Wait. Let me guess. It’s Donald Trump.

You could pretty easily argue that even though a MAGA hat doesn’t bear Trump’s name, it’s inextricably linked to the incumbent president and his campaign for another four years. That argument wasn’t compelling enough for the State of California, which has decided that in spite of a ban on electioneering at the polls, MAGA hats are still permissible.

“State law is clear that you can’t have a candidate’s likeness or name,” a spokesman for Secretary of State Alex Padilla’s office said. “It does not prohibit slogans that could be created for a campaign or a political movement.”

So while a shirt or button endorsing either candidate by name won’t fly, you could show up in swag featuring Democratic candidate Joe Biden’s slogan “Build Back Better.” But as the Times points out, “No candidate has been more uniquely identified in modern times with a slogan than Trump.”

Not everyone’s sold on the MAGA decision. Assemblyman Marc Berman of Palo Alto said of California’s electioneering law, “I think an argument could be made that it should be tightened up a little bit. Like so many things with this president, we’re encountering a lot of firsts.”

RELATED: A Guide to All Those Propositions on Your California Ballot