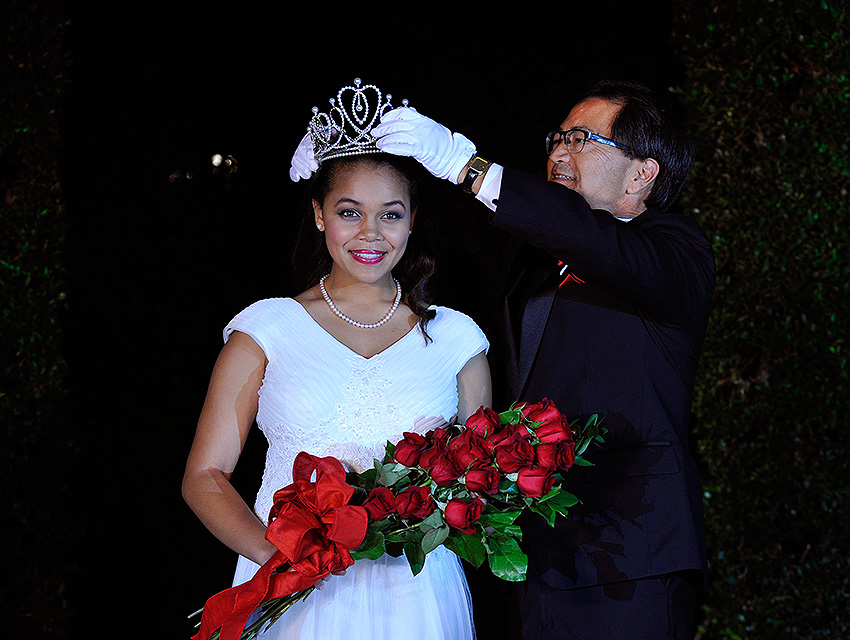 Photograph courtesy of the Pasadena Tournament of Roses® Association

After a month-long process of trials and auditions, Triplett was selected from the 700 girls who tried out and was capped with a pearl-adorned Mikimoto tiara at an official ceremony at the Pasadena Civic Auditorium. In addition to being this year’s Rose Queen, Triplett is very involved in the community as a member of the Pasadena City Youth Council, the Black Student Union, and the student government at her high school.

The crown comes with responsibilities. As an official ambassador of the Tournament of Roses and the city of Pasadena, Triplett will make upwards of 100 community and media appearances between now and January, when she and her Royal Court of six Rose Princesses will grace the Rose Bowl Game and appear at the Rose Parade. To make way in her schedule for these tasks, Triplett has a pass to attend school for only a couple of hours a few days a week.

After her reign, Triplett has plans to move to New Orleans where she’ll attend Tulane for a degree in economics and a minor in French. She says she also hopes to someday create a non-profit organization to increase financial literacy among minorities—a goal fit for a queen.