Home Uncategorized Mad Props: What to Know Before You Vote… About Prop 32 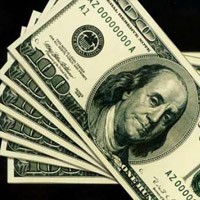 What It’s All About:
Prop 32 prohibits unions and corporations from using payroll-deducted funds to contribute to state and local political campaigns. It also bans government contractors from contributing to the campaigns of the elected officers who play a role in awarding their contracts. Prop 32 does not seek to limit political donations from Super PACs, individuals, independent expenditure committees, real estate developers/real estate trusts, LLCs, partnerships, insurance companies, or billionaire venture capitalists.

What It’s Going To Cost:
Implementing and enforcing the measure’s requirements could cost the state $1 million annually.

Why People Are For It:
Proponents argue that because corporations and unions are legally able to donate to political campaigns, they possess too much influence over elected officials and political candidates. They also argue that government contracts are often awarded to political donors—a tradition that shuts out smaller businesses and often leads to waste. In limiting the rights of corporations and unions, Prop. 32 would empower individual voters.

Why People Are Against:
Prop. 32 opponents argue the measure unfairly limits the rights of unions, which traditionally support Democratic causes. Although the provision bans both corporations and unions from raising money for political spending, detractors say it is unbalanced because most corporations in California use profits, not payroll-deducted funds, to political ends, a practice that would not be regulated by this proposition.

The Takeaway:
While reform is needed to restore political power to individual voters, Prop. 32 offers an uneven approach that would limit the fund-raising capabilities of labor unions while doing little to curb the political spending of state corporations.