Home Uncategorized Mad Props: What to Know Before You Vote About… Prop 40 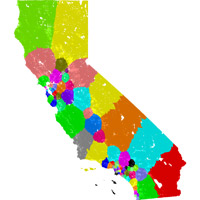 What It’s All About: Prop. 40 was drafted by Republicans in response to the Citizens Redistricting Commission approving the California State Senate Redistricting Plan, which uses figures from the 2010 census. Since Prop. 40’s inclusion on the November 6 ballot, the issue has been heard by the California Supreme Court, which ruled in favor of upholding the redistricting plan, turning Prop. 40 into what is known as a “veto referendum.” Following the court’s ruling, backers of Prop. 40 stopped campaigning against the bill (because of its wording, a vote against the proposition is in favor of overturning the redistricting plan now in place). As a result, it is largely expected to pass.

What It’s Going To Cost: There will be no fiscal effect on state or local governments if voters vote “YES” and uphold the district lines. If voters vote “NO” and reject the California State Senate district maps, the state would incur a one-time cost of about $500,000 to establish new Senate districts. Counties would also incur one-time costs of about $500,000 to develop new precinct maps and any related election materials for the new districts.