Home Uncategorized Mad Props: What to Know Before You Vote About… Prop 38 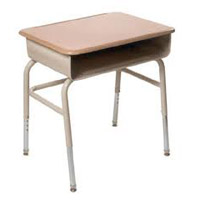 What It’s All About: Prop 38 will raise funds for public school districts and state-licensed childhood programs (for toddlers aged five and younger) by increasing the state income tax rate. The increase would last for 12 years pending re-approval and would bring in roughly $10 billion per year. Prop 38 gets its nickname, the Molly Munger Prop, from its main supporter, a Pasadena attorney who has contributed more than $20 million to the cause.

What It’s Going to Cost: The proposed tax increase will cost taxpayers an estimated $120 billion over a 12-year period. Depending on how much they earn, individuals would see their income tax rate rise between 0.4% and 2.2% Those who earn less than $7,316 would not be affected and a majority of funding will come from the top 5% of earners (those who make more than $200,000 per year).

Why People Are For It: During its first four years, 60% of Prop 38 funds would go directly to K-12 schools, 10% toward early childhood programs, and 30% toward paying down state debt. After that, 85% of funds would go to schools and 15% toward childhood programs. Politicians and district headquarters could not access the funds and decisions on spending would be made at the local level in mandatory open meetings. In addition, the proposition requires each school to set annual educational improvement goals and to report on spending. The money cannot go toward increasing salaries or pensions of school faculty members, and no more than 1% can be spent on administration.

Why People Are Against It: Many opponents are against this proposition because they see it as competing with another, Prop 30, also known as Jerry Brown’s Tax Increase. Like Prop 38, Prop 30 aims to increase funding for schools, but guarantees funding for public safety services realigned from state to local governments as well. Prop 30 would increase income taxes for seven years for those who make more than $250,000 annually and increase California’s sales tax from 7.25% to 7.5% for four years.

Opponents also claim small business owners who pay individual taxes on company earnings would see their income rates increase unfairly if Prop 38 passes. They argue against giving additional funding to our failing school system and dislike the fact that the prop does not explicitly require funds be used to pay down the state’s debt.

The Takeaway:  Prop 38 will provide desperately needed funds for schools but is an inflexible mandate that will not address the state’s larger fiscal concerns.