Home Uncategorized Mad Props: What to Know Before You Vote About… Prop 33 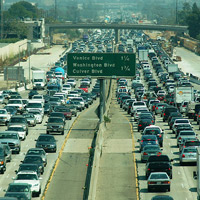 What It’s All About: Prop 33 will allow insurers to offer “continuous coverage” discounts to drivers who have maintained coverage consistently for a minimum of five consecutive years. It will also allow insurers to penalize customers who have gone without coverage at any point over the last five years. At the moment, insurance companies can only offer discounts to drivers based on the driver’s history with that provider; this bill would make it so that a person’s eligibility for discounts or rate increases would depend instead upon whether or not they have maintained coverage at all. Have you always been insured? You may get a discount. Have you gone without insurance? You may be subject to a rate increase.

What It’s Going To Cost: There are no taxpayer costs associated with this proposition.

Why People Are For It: California law requires all legal drivers purchase insurance, but doesn’t reward people for staying insured if they’ve switched providers. This bill would make it more affordable for those who have maintained coverage for at least a period of five years to switch insurance companies without losing the benefit of a loyalty discount.

“Current law punishes you for seeking better insurance or trying to get a better deal by taking away your discount for being continuously insured.” – Robert T. Wolf, President, CDF Firefighters

Why People Are Against It: Opponents argue it is unfair for insurance companies to financially penalize customers based on coverage history without taking into account the customer’s past insurance needs and other factors. They claim loopholes in the proposition will allow insurance companies to offset the costs of providing “continuous coverage” discounts and increase their profits by raising rates for a larger number of drivers than will receive discounts.

The Takeaway: Prop 33 will benefit only drivers who have been insured for five years consistently, and will penalize many more for illegal and legal lapses in coverage.