Home Uncategorized Mad Props: What to Know Before You Vote About… Prop 37 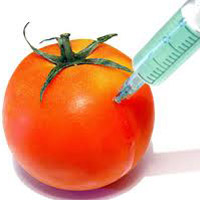 What It’s Going To Cost: Regulation could run the DPH anywhere from a few hundred thousand dollars to over $1 million per year in administrative costs. Due to the suing clause of the measure, litigation costs could potentially increase as well.

Why People Are For It: People have a right to know what’s in their food. Over 40 other countries already require labels for GE foods, so some American companies are already labeling their products for foreign consumers. If it passes, Prop 37 will become law over a period of time, giving manufacturers a chance to reprint their current labels or alter their products. Because some of the companies against the measure fought to keep other information, such as calories and fat content, off food labels in the past, advocates argue this is a consumer rights and public health issue.

Why People Are Against: Opponents claim Prop 37 would raise taxpayer costs without providing any health or safety benefits (The World Health Organization has suggested that biotech foods do not pose health risks, but testing is ongoing). Opponents also argue the prop is biased, as it exempts approximately two-thirds of the products Californians consume, including beer, wine, milk, cheese, and more—many of which are produced by corporations backing the prop—and because foreign manufacturers could get away with labeling their products “GE Free” even when they are not. In addition, the measure exposes farmers by allowing lawyers to sue them and food companies without proof of violation or damages.

The Takeaway: Prop 37 will enforce modest standards of food labeling and transparency, but labeling GMO foods doesn’t mean they’re dangerous to your health.

ALSO: Read Mad Props: What to know Before You Vote About… Prop 33