Home Architecture How the Architect Behind the Lucas Museum Is Crafting L.A.’s Future 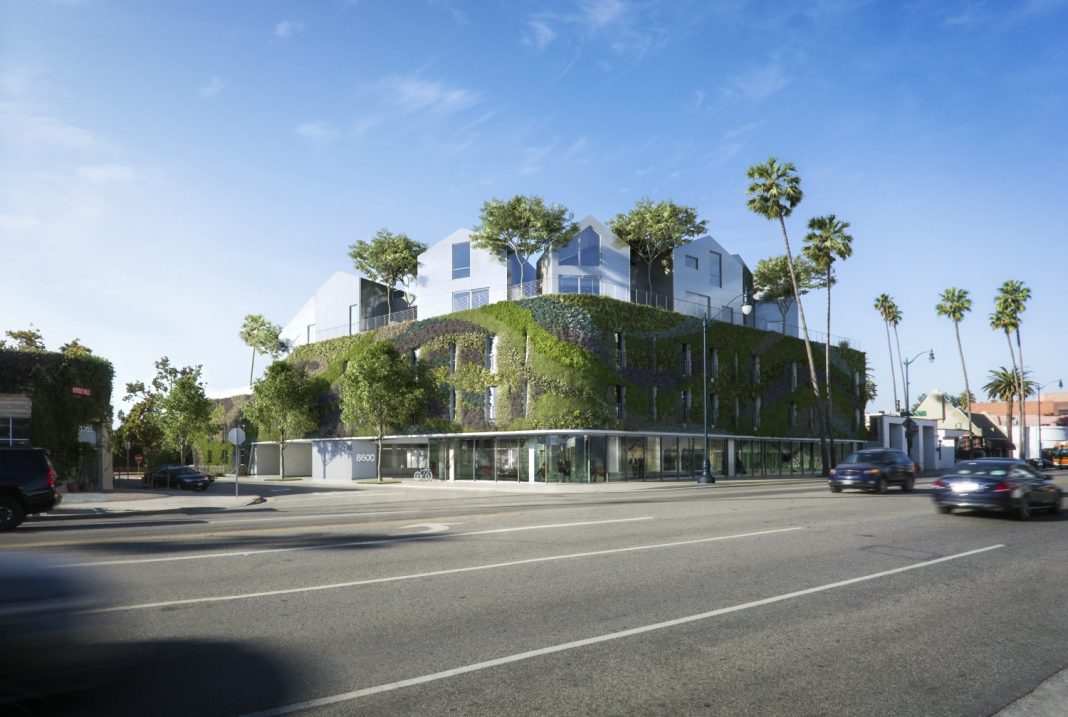 Imagine some otherworldly being extending its arms and sweeping together an urban neighborhood’s low-slung homes and tidy landscaping into a compact, block-size hill. An irregular row of rooflines pokes up among trees that tower several stories off the ground, and lawns are pitched vertically. It’s a surrealistic vision, and it’s coming to life at the southwest corner of Wilshire Boulevard and La Cienega in Beverly Hills.

Ma Yansong, the 43-year-old founder and principal partner of MAD Architects, is constructing the latest iteration of the city of the future: 18 residences—villas, condos, townhomes, and studios, all made of white glass—ringed by a 7,000-square-foot living wall (the largest in the country, according to its designer, Laguna Beach landscape artist Scott Hutcheon). Its name? Gardenhouse. 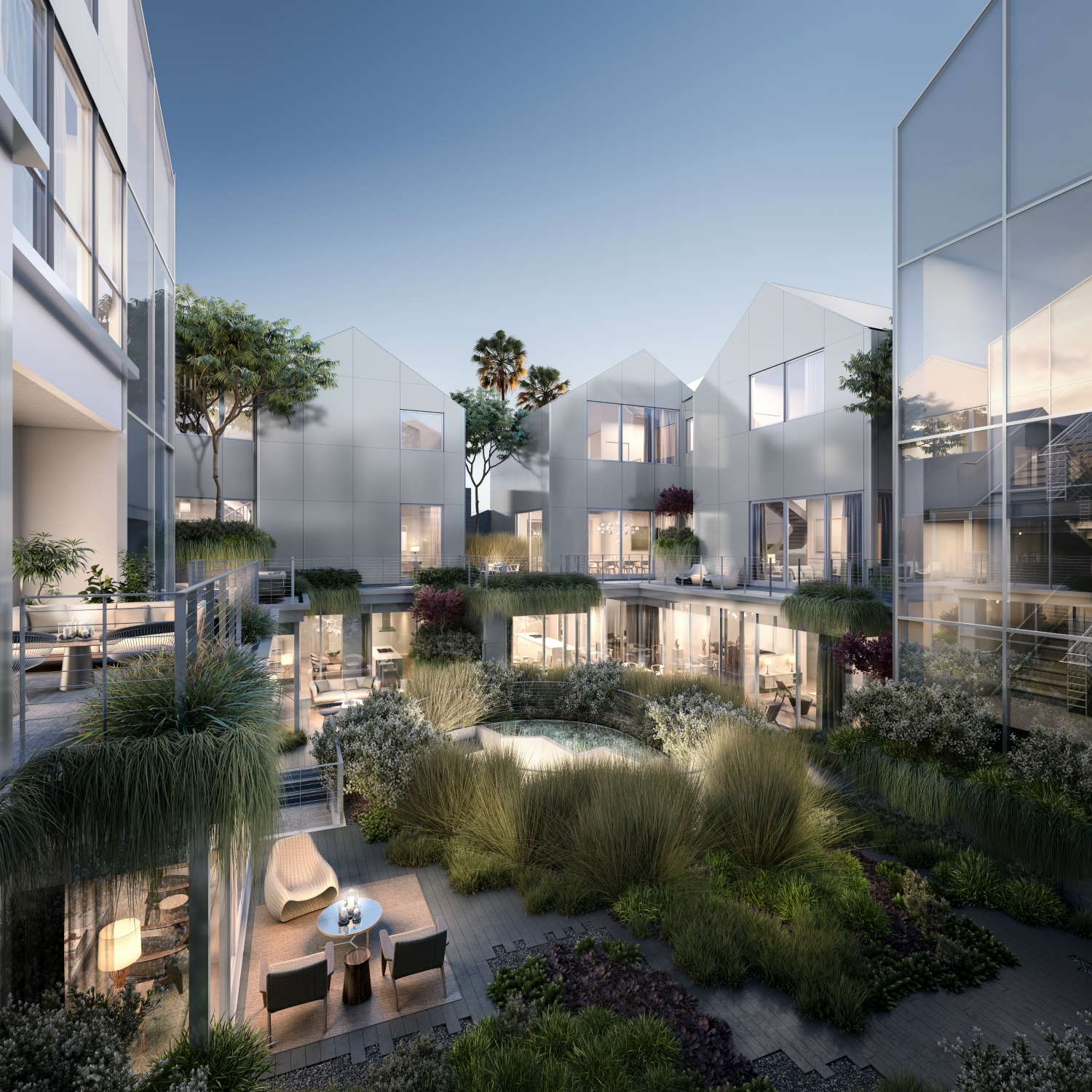 When the quasi-circular village is finished later this year, it will exemplify the same rule-breaking approach that the Beijing-born Ma used to shape a Chinese opera house like a tentacled sea creature and to conceptualize Canada’s Slinky-like Absolute Towers in Ontario.

“It is five small buildings, but you only see a small house on top of a green wall,” Ma says of Gardenhouse. “The wall is a metaphor for the hill, with smaller architecture on top. So it’s a five-story complex in the city, but it looks like architecture that becomes landscape.”

Though the Beverly Hills project is his first in the United States, it’s not his most important. In March, Ma entered the ranks of international starchitects like his hero, Frank Gehry, when he joined filmmaker George Lucas for the ground-breaking on what may be Ma’s career-defining work in the West: the $1.5 billion Lucas Museum of Narrative Art. When it opens in late 2021, the structure will look as if an undulating spaceship—one whose shape almost resembles a footprint—landed in Exposition Park (and brought a serene rooftop garden along for the ride).

MAD buildings often have sinuous, curvy, and technologically advanced designs that illustrate a new direction for high-density urban living. Unlike other modern cityscapes, his work reflects MAD’s core philosophy: called the shanshui city, it aims to feed the spiritual and emotional needs of residents, bringing in elements inspired by traditional landscape Chinese paintings. The notion will define the Lucas Museum’s nearly 100,000 square feet
of gallery space and 11 acres of green space, with flourishes intended to engage the imagination.

“I think the future society should be more about humans and nature,” Ma says. “Of course, we’ll have more advanced technology…but it will be hidden behind the exteriors.” He adds that he’d like architects to be more optimistic and include more public parks. “I would think our future should be very sunny, very beautiful, with no pollution,” he says. “It’s a little more like the movie Avatar.”

In an effort to realize that future, Ma relies on the kind of gee-whiz engineering that the film’s director, James Cameron, would surely approve of. “That’s the power of architecture,” Ma says. “It can be a space for spiritual imagination.”