Home L.A. History Taking a Look at the Landmarks Los Angeles Lost in 2017 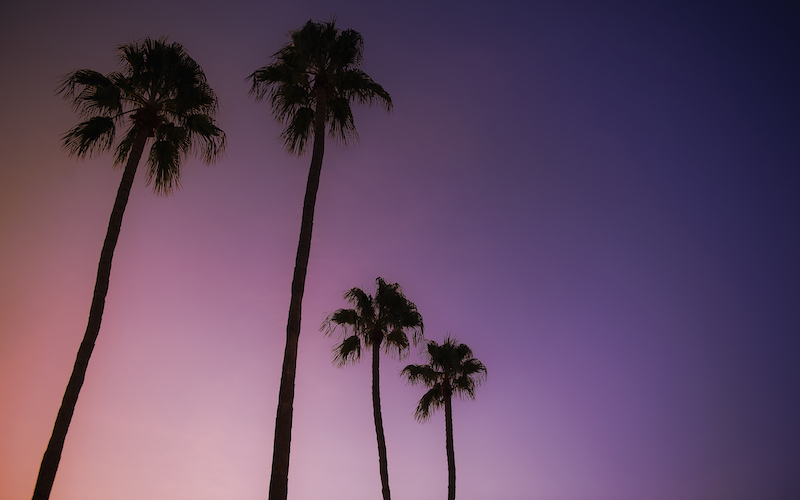 With every passing year, the landscape around us changes that much more, especially as the skyrocketing value of real estate leaves us with less fun fringe around the edges. Before we look ahead to the shiny new additions that are coming to Los Angeles in 2018, let’s take a moment to pour a little out in honor of all the special places that left the scene during the last 12 months, after gifting us many years (and, in some cases, decades) of memories.

Artist Sheila Klein long had a vision of arranging 25 vintage street lamps into an “urban candelabra.” In the aftermath of the 1992 riots she found the perfect space for it—a burned-out shopping center at Santa Monica and Vermont. Stumbling upon the unexpected piece, created a decade-and-a-half before Chris Burden’s ever-popular Urban Light, felt like a new discovery every time you went to Rite Aid. With a remodel on the horizon, the lights were moved to the Bureau of Street Lighting last month.

It was dark and hot and the drinks were cheap. It had a great jukebox and you could dance. The dingy room was a long way from even the faded glamour of the 1940s dining room above, but the bar under Hop Louie had an authentic charm that you just can’t fake.

The beloved 1980s-era video store was a library, classroom, and community center for generations of filmmakers and movie lovers. It almost closed in 2015, then it turned into a non-profit foundation, until the owners finally pulled the plug on the brick-and-mortar storefront in Santa Monica earlier this year. They are committed to opening a new location, but in the meantime we still have Cinefile and Vidéothèque.

When Gregorio Escalante and friends launched Juxtapoz magazine in 1994, they set out to celebrate Southern California pop culture and artwork found on hot rods and back alley graffiti. They ended up with the highest circulation art magazine in the United States. Escalante’s Chinatown art space closed after his suicide in September.

The last pins clattered in March and the giant pyramid-shaped entrance to Covina Bowl has been silent ever since. The ultimate 1950s bowling center, the one that kicked off the mid-century bowling craze according to its architect Gordon Powers, went dark after operator Bowlmor merged operations with another local alley. The building was added to the California Register of Historic Places earlier this year and Friends of Covina Bowl is hoping to find a sympathetic new owner.

This 99-seat playhouse was home to a loose troupe of regular performers who created some real theatrical magic from cardboard sets, lots of heart, and the occasional bucket of fake blood. From the absurdist comedy of the Kids in the Hall to the dark magic of Rob Zabrecky, to the singing and dancing carnage of ReAnimator: The Musical, guests never knew what to expect and usually left with a quizzical smile on their face. The building is set to be demolished for condos.

We all know that smoking is terrible, but the Tinder Box was just charming enough to make it seem a little less terrible. The tiny 1930s storefront in Santa Monica outlived founder Edward Kolpin by a decade, but his family finally shut down the cottage full of tobacco jars, model ships, Toby mugs, and other ghosts of manliness past. At least the sign with the neon pipe went to the Museum of Neon Art.

After more than seven decades showing silent movies, the owners of the nearby Family bookstore bought the Fairfax Avenue theater in 2007 and converted it into a non-profit to screen not only Keaton and Chaplin, but some of the most off-the-wall programming (i.e. a Christ-ploitation festival) in the country. Cinefamily lived fast and died young, closing after allegations of sexual misconduct by management.

RELATED: This Is the Best Free After-Hours Museum Programming in L.A.

Hop Louie Is Coming Back to Life in Chinatown

Four of L.A.’s Iconic Midcentury Buildings Are Currently Under Threat