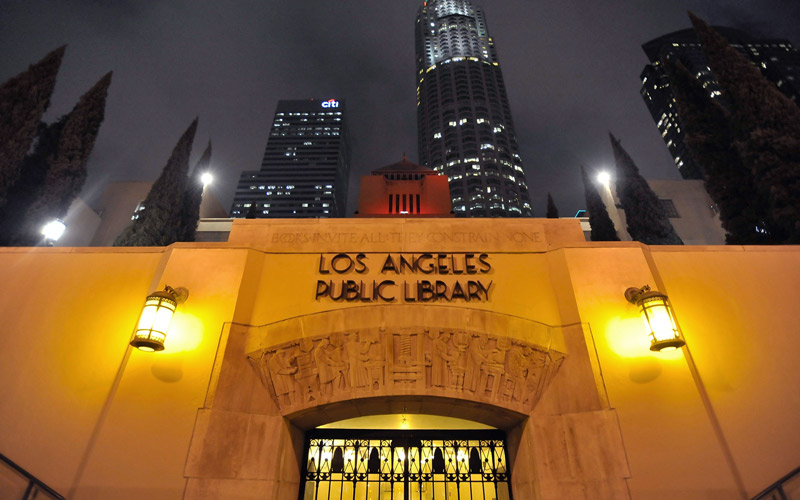 Next spring, the Los Angeles Public Library will become the latest—and largest—library system in the nation to stop charging late fees for overdue books, Mayor Eric Garcetti announced at a press conference on Friday. Part of a larger effort to increase accessibility in the 73-branch system, scrapping late fees will make it easier for residents with limited resources to check out books and other materials without becoming financially burdened.

“The burden of the fines placed on Angelenos is significant—for students, for families who don’t have a lot of spending money, for seniors on a fixed income,” Garcetti said at downtown’s Central Library on Friday. “Library fines can be a barrier to tapping into all the incredible resources that we have here in our libraries.”

A report prepared by the city’s Board of Library Commissioners in December said that multiple studies have shown that these types of fines do not deter people from returning materials on time. “In fact, the studies indicate that fines act as a barrier to service which disproportionately impacts children and community members with the least financial resources,” said the report.

Under the new system, library will eliminate all of the aforementioned fees, and will waive fees that were accrued prior to the new policy’s implementation. The number of times an item can be renewed will also be upped from two to three times, unless someone else requests it. Patrons will still have to pay for damaged materials, and if an item is overdue for more than 45 days, they will have to pay for it to be replaced.

Similar policies have been implemented in dozens of other U.S. library systems in recent years, with Chicago’s system previously being the largest. Accounting for only $1.6 million in revenue during the last fiscal year (less than one percent of LAPL’s $180.7 million budget), the policy is not expected to impact the library system financially.

RELATED: A New Exhibit at the Library Celebrates the Stories Behind Weird Collections of Stuff