Home Sports The NFL Might Bring Two Teams to L.A. 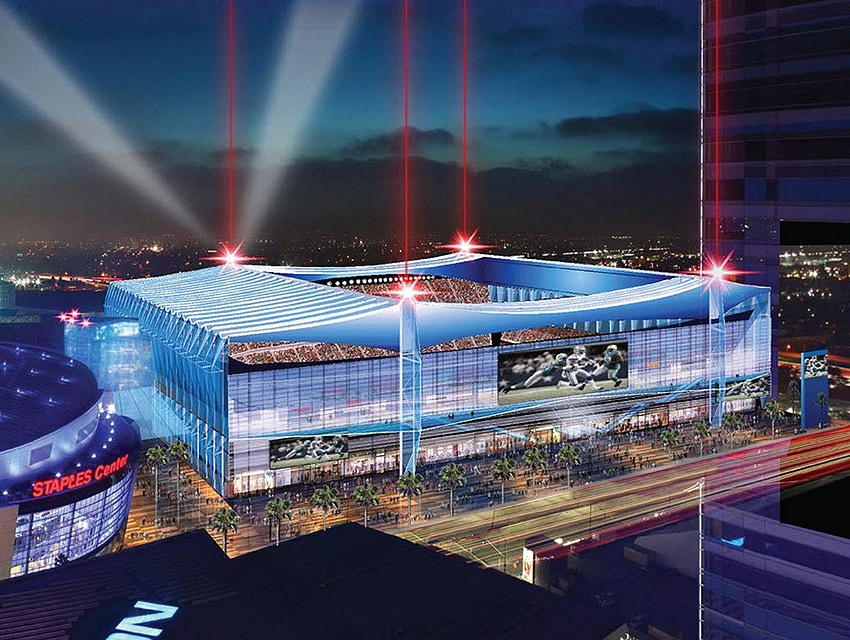 Last summer, former CEO of AEG Tim Leiweke shared with us that one of his biggest regrets before leaving L.A. for Canada was not being able to bring a professional football team to our city. “A lot of people put their necks on the line for that vision,” he said, “whether it be Governor Brown or Mayor Villaraigosa at the time or Councilperson Perry or Maria Elena Durazo from a union standpoint. Being in a situation where we didn’t finish everything we wanted to finish in L.A. humbles you because you feel like you let some people down. And I do feel like I’ve let some people down.” Now, just a year later, there is speculation that not one but two NFL franchises might be making their way to Los Angeles within the next 12 to 24 months. (We’ll believe it when we see it.)

L.A. has been clamoring for the league to put a team here for two decades now—a.k.a ever since we lost the Rams to St. Louis and the Raiders to Oakland. In a lovely little twist of fate, both of those teams (along with the San Diego Chargers, who played in L.A. for a hot minute in 1960) are the candidates most likely to make the move to SoCal.

Of course, all of this is still up in the air—we’re working with information from an unnamed “league source.” Nevertheless, Curbed LA is reporting some interesting factoids that bode well for a future NFL franchise in L.A., including one about Rams owner Stan Kroenke’s recent purchase of a 60-acre site in Inglewood that could veritably be the home of a new stadium. Other proposed sites include Chavez Ravine (next to Dodgers Stadium) and downtown L.A. next to Staples Center (as per the rendering pictured above).

Here’s to staying cautiously optimistic. In the meantime, go Dodgers.