Home Animals This L.A. Animal Rescue Is Looking Out for the Little Guys 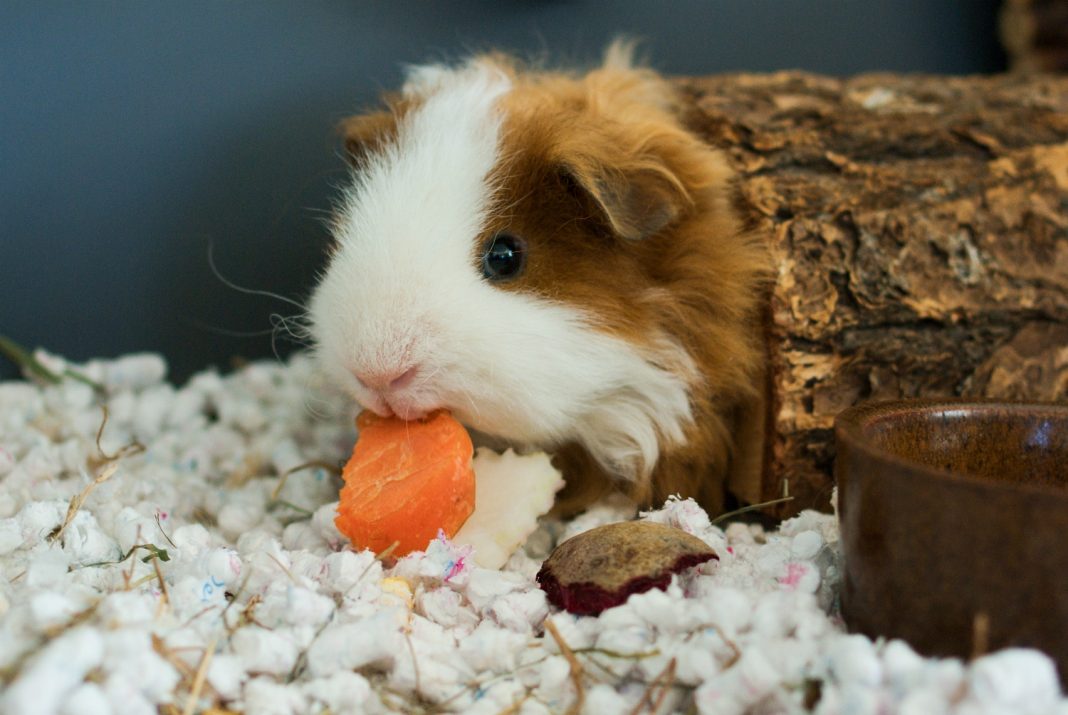 In a sleepy barn in Chatsworth, Saskia Chiesa is working a gaggle of guinea pigs into a frenzy. Tossing greens into a stall filled with about 40 of the tiny, tailless rodents, the flaxen-haired 49-year-old looks on fondly as the creatures scramble atop one another, playing tug-of-war with bits of parsley, emitting their signature high-pitched squeal. “They start ‘wheek’-ing when they hear lettuce being cracked,” says Chiesa, caretaker for about 300 cavies at the Los Angeles Guinea Pig Rescue.

A Dutch transplant who runs a logistics company by day, Chiesa founded the nonprofit at her home nearly two decades ago to help foster and find new placements for guineas who might otherwise be overlooked in the public animal shelter system. Though “pocket pets” like rabbits and guineas are among the most commonly surrendered or abandoned pets in the city, many Angelenos don’t seek them out at the pound. “Primarily the people coming into our shelters are looking for a dog or a cat,” says Brenda Barnette, general manager of Los Angeles Animal Services. “They might not even think about these other pets.”

Limited space means the city and county often rely on nonprofits to take in an ever-expanding population of guineas and bunnies as well as more offbeat pets like turtles, chickens, or chinchillas. Organizations like the Los Angeles Guinea Pig Rescue or the House Rabbit Society—which focuses on shelter rabbit rescue and on education—provide expert guidance that makes permanent ownership more likely. “People will buy a guinea pig and then start to do research,” says Chiesa. “They’ll realize, ‘Oh, they need a friend; they need a bigger house. They never told me that at the pet store.’ And then they find us.”

An amateur in cavy medicine, Chiesa was mentored by the late British “guinea pig guru,” Peter Gurney, while working as a model in London. Today, she offers free health checkups and grooming, and she can point owners toward hard-to-find exotic pet specialists when more serious health concerns arise. In the coming years, she aims to open a low-cost teaching clinic for the community. “A lot of vets don’t know how to treat guinea pigs properly,” she says.

A better-informed owner also means fewer breeding mishaps. Both rabbits and guineas are famously fertile, maturing early and able to give birth to multiple large litters per year. But unlike bunnies, which are illegal to sell commercially in Los Angeles (and will soon be added to the city’s mandatory neuter list), unfixed guinea pigs can be found in almost any pet store. “Owners will buy two and end up with 25,” Chiesa says. “I always get the call—‘They told me it was two girls!’ ”

Chiesa prevents this problem by adopting out either same-sex pairs or a female paired with a neutered boar. Though she finds homes for about 100 each month, her ranch remains packed with squealing residents—in fall 2017, she took in more than 700 (mostly pregnant) female cavies as the result of a hoarding case in Northern California, and she still hasn’t found homes for all of them. But for Chiesa, there is no such thing as too many guineas. “All the colors, shapes and hairstyles,” she says. “They’re just the coolest critters ever.”

RELATED: 8 Things to Do With Your Dog During the Year of the Dog

When Is a Rescuer a Hoarder?