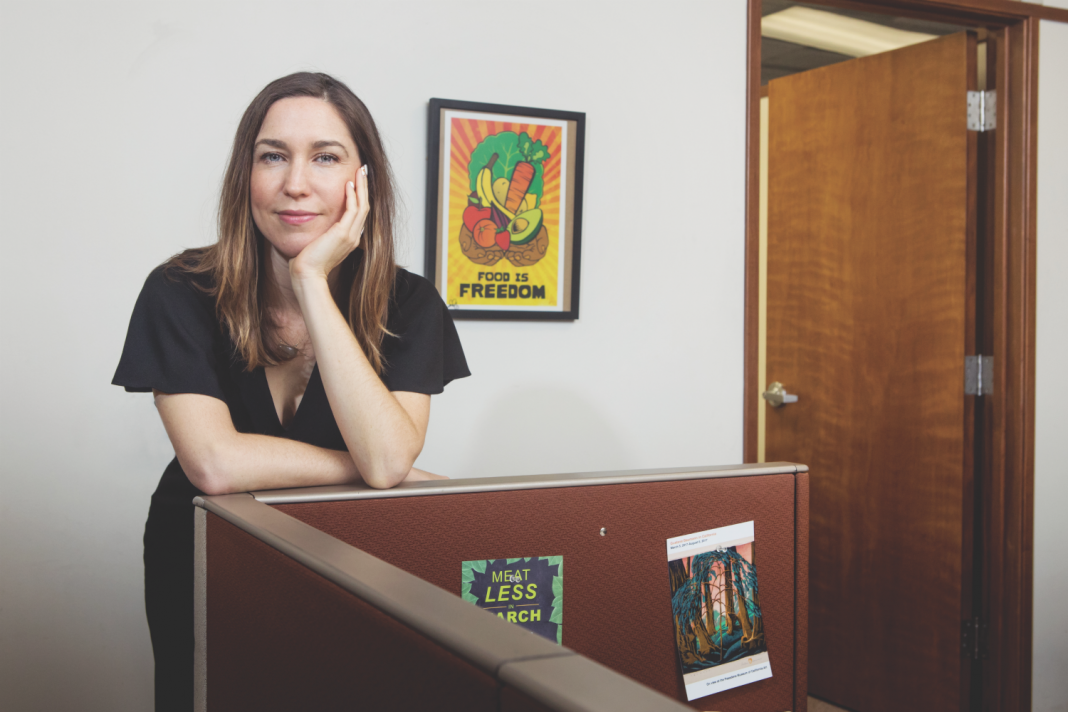 California is the largest agricultural producer in the nation, but it has one of the biggest populations of food-insecure people (meaning more than 1 million Angelenos lack affordable, nutritious food). As executive director of the nonprofit Los Angeles Food Policy Council, Clare Fox has been pushing to make eating more equitable in one of the nation’s hungriest counties. “Food is essential to human life,” she says, “but some communities don’t have the same level of access to it.” With the passing of the Safe Sidewalk Vending Act, which allows the city’s taco stands, fruit carts, and paleteros to operate legally, we figured it was time to check in with Fox about how she’s cutting down on food waste, advocating for ethical production, and empowering food vendors in the city’s most vulnerable districts. Here’s what’s cooking.

Street vendors are going legit. “SB 946 [went] into effect January 1, which is a law that decriminalizes street vending. We’ve al ways argued that vendors can be a part of bringing food to neighborhoods where there are limited food options. The city’s permit program could allow us to really promote healthy food. We’re working with the L.A. Street Vendor Campaign, composed of many community nonprofits, to create a leadership academy that would train vendors in what they need to be able to become formal businesses.”

Local markets are freshening up. “In low-income communities, mom-and-pop corner stores are the primary food retailers, but they tend not to offer a lot of healthy food. We help these stores transform their business models to focus on healthy food and leverage funds to help them buy equipment, baskets, and new signage. This program is useful as an anti-displacement strategy in communities that are being gentrified. With additional support, these legacy small businesses can stay in place and continue to be a resource to their communities.”

The city is voting with its fork. “One of the most powerful tools we have is our purchasing power. The City of Los Angeles and Los Angeles Unified School District have a multimillion-dollar fork. Helping them buy food that is locally grown and sourced from environmentally conscious producers who uphold fair labor and animal welfare practices is one of the ways we’ve been able to make the most impact.”

Food waste is getting repurposed. “More than 1 million tons of food scraps go to the landfill every year. About a year and a half ago, we started a program as part of RecycLA that mandates partnerships between waste haulers and food recovery organizations. Instead of taking that edible food to the landfill, organizations have an opportunity to capture it so that people can get fed. We’ve seen about 4 million pounds of fresh produce rescued.”

Agriculture starts with good soil. “I’d like to see an investment in regenerative agriculture, which improves the health of soil. Replenishing the earth is critical for the resilience of our food system. Compost is essential for healthy soil building and carbon farming, and we need multiple levels of composting infrastructure at neighborhood, community, and regional levels.”

RELATED: Should We Replace Homeless Shelters With Tiny Houses?