Home Real Estate The Sobriety Community Comes Out in Force to Convince Beverly Hills to... 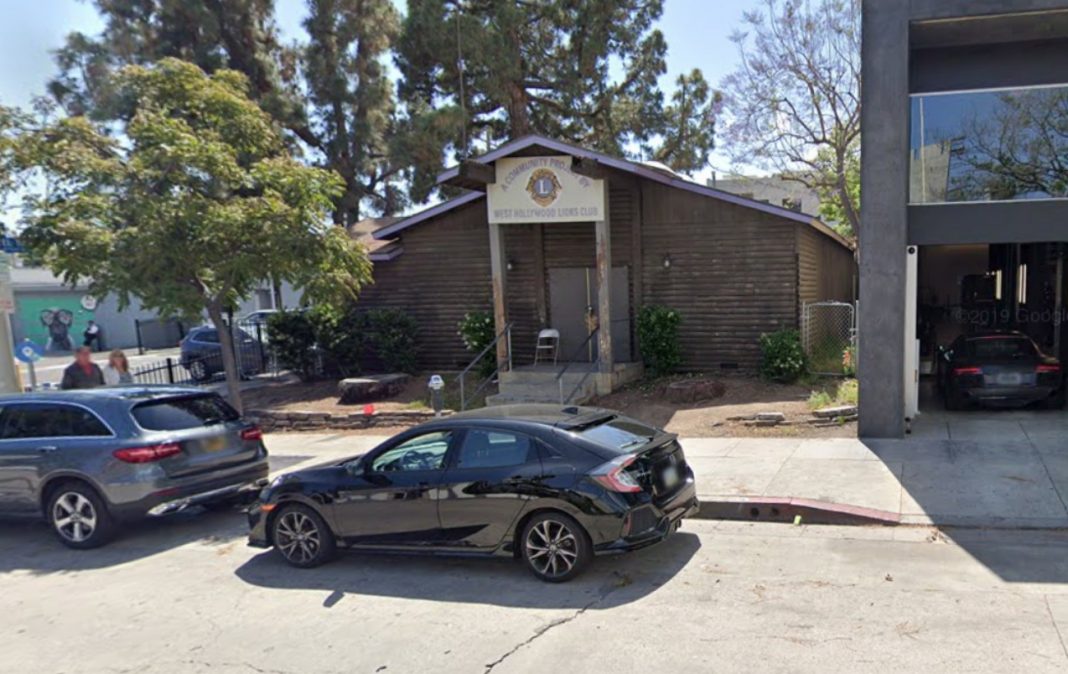 Tuesday afternoon, people in recovery from both West Hollywood and Beverly Hills showed up to a City Council hearing to demand that Beverly Hills abandon its plan to force the demolition of the decades-old Log Cabin, a popular venue for Alcoholics Anonymous and other sobriety program meetings, in order to sell the lot for profit.

The structure, located at 621 N. Robertson Boulevard, is owned by West Hollywood and run by the Lions Club, but it sits on land owned by Beverly Hills. Residents of both neighborhoods came out in hopes that all sides could reach an agreement that would save the iconic building.

Lions Club member Andy McTigue told the council, lead by City Manager George Chavez, “We haven’t had a lease in ten years,” and said that they could never even find out where to send the rent, having been essentially ignored by Beverly Hills.

“To say we’re not a responsible party is out of line,” he said, adding that the Log Cabin had never been informed about an offer from the West Hollywood Recovery Center to take over the facility, but that that they could match any proposal.

Many speakers told the council that the Log Cabin is a vital resource for a community facing what they call an epidemic of overdose deaths.

Beverly Hills Merrill Lynch wealth management advisor Kenny Lombino told the room that the Log Cabin has helped keep him clean for 37 years. He said that thanks to the Log Cabin “I stand here today and tell you that I’m tax-paying citizen of this fair city. It has saved thousands upon thousands of lives.”

Mason Rad, one of two individuals behind an online petition to save the site, called the Cabin “a sanctuary with no affiliation and no prejudice.”

A West Hollywood resident said, “For most people, this is the last stop. The last chance to save their lives.”

Meanwhile, a Beverly Hills woman who’s been sober for 13 years, told the meeting, “The Log Cabin is sacred for a lot of women I know. I’m simply here to say that I’m in support of its mission.”

Tara Elaine Brennan, who says she left NYC for L.A. when someone told her the Log Cabin could save her life, said, “People are very, very scared and sickened to think it could be turned into a restaurant. It’s practical and life-giving, and something thousands of people are literally waiting to find out it won’t go away.”

After the council hearing, Chavez and reps from the Lion Club were set to negotiate in a closed-door meeting.