Home City Hall 4 Big Local News Stories That Are Being Overlooked in the Coronavirus... 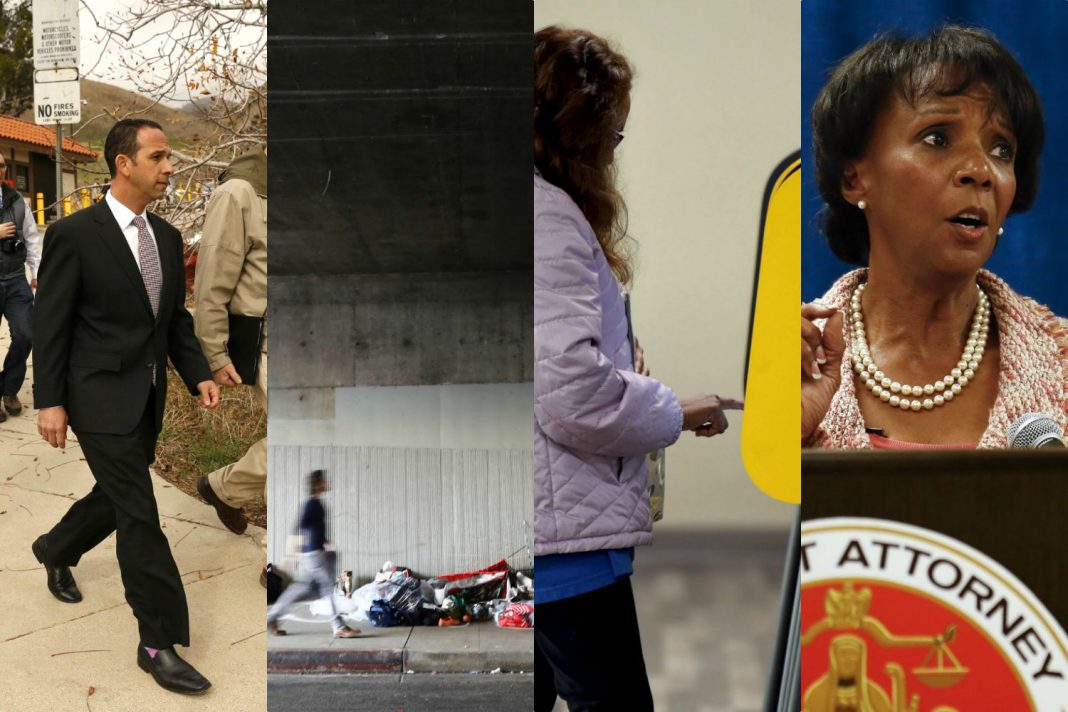 In Los Angeles, as in so many other places, discussion of the coronavirus is sucking up all of the air in the room. That’s understandable, but one negative impact of this goes beyond the health concerns—some issues of great public importance are not receiving nearly as much attention as they merit.

During “normal” times, certain political or business stories break and remain in the public mindset for weeks or months, and the combination of traditional reporting and social media can spark civic discussion and, in certain instances, propel change. In the coronavirus era, many of these matters still make headlines, but they lack “legs.” Extended investigation or discussion tends to be smothered by COVID-19 coverage.

Here’s a rundown of four issues that, at any other time, would be generating daily headlines—and that even today deserve to be discussed and analyzed by Angelenos.

When FBI agents raided City Councilman José Huizar’s home and offices in November 2019, people couldn’t stop yakking about the spectacle, the implications of the investigation, and what might come next. There were copious articles.

Eighteen months later Los Angeles has witnessed dramatic next steps in the federal investigation into City Hall corruption, but there isn’t nearly the extended chatter that one might expect. This is the case despite two major developments in March: Justin Kim, a political fixer and fundraiser, pleaded guilty to a federal bribery offense for allegedly attempting to funnel $500,000 to a city councilman (who, in connect-the-dots mode, has been identified as Huizar); and former Valley councilman Mitch Englander agreed to plead to a charge of scheming to falsify material facts.

In a time of traditional attention spans and editorial budgets, reporters from a panoply of media outlets would be sifting through public records and working sources to shine more light on the dark side of City Hall. These revelations would almost certainly result in juicy stories and have a snowball effect that in turn would heighten talk and analysis of local government.

There were some April follow-up articles, but right now City Hall corruption generates only sporadic discussion. Still, this could change at any time—the feds have made clear that the investigation is ongoing, and the plea deals appear to set the stage for some mind-blowing future arrests.

Housed and unhoused Angelenos have long been frustrated by the region’s homelessness situation. A significant possible next step—Los Angeles entering into a consent decree that would have federal authorities overseeing the city’s response—made some headlines in late April, but has barely been mentioned since.

A consent decree is a seismic move for multiple levels of government—municipal leaders don’t want prying hands, and federal officials would rather not spend their time and resources monitoring the city’s nuts-and-bolts efforts to get homeless individuals off the streets. This can also be a lengthy process. The LAPD was subject to a consent decree in the wake of the Rampart scandal, and it took 12 years until it was fully lifted.

While behind-the-scenes talk about a consent decree is almost assuredly underway, the details are not being discussed by the general public. And there is a lot to discuss, including what federal monitoring would entail, who would be involved, what goals must be met, and what constraints city leaders would face. It’s difficult to find an issue that, once the coronavirus fades away, will have a greater long-term impact on Los Angeles.

As with City Hall corruption, this issue will almost certainly dominate headlines at some point in the future. For now though, it’s a back-burner topic.

Remember election day, when some frustrated L.A. County residents waited in line for hours to cast a ballot? Remember the following day, March 4, when an angry Board of Supervisors demanded that Registrar-Recorder/County Clerk Dean Logan explain how a new $300 million system, built on replacing about 4,500 InkaVote-fueled neighborhood polling places with approximately 900 regional Vote Centers, hit the rocks?

It’s easy to forget that was just two months ago. The voting debacle is the quintessential topic that has been overwhelmed by COVID-19. After all, just two weeks after election day, local bars, nightclubs, and theaters were shut down, and area schools were forced to abruptly pick up distance learning.

Like the coronavirus itself, the voting system failure is not going away, and there is a need to respond quickly to the challenge. In six months the November general election arrives, and there will be even more pressure on Logan’s office. He can’t afford to bungle a presidential ballot.

There are numerous questions to answer: How will Vote Centers perform if people who go to the polls have to stand six feet apart? Will touch-screen tablets have to be wiped down with alcohol swabs after every voter, causing further delays? Might L.A. County see miles-long lines?

Related to election mishaps are election results, and although several important races are moving on to round two, they are generating little heat. The runoff roster includes a heavyweight throwdown featuring incumbent District Attorney Jackie Lacey and former San Francisco DA George Gascón. It epitomizes the national trend of veteran DAs facing a challenge from a progressive foe.

There have been few news articles and opinion pieces on the race in the past month. Although one would expect a lull as the candidates reload after the primary, the silence is growing deafening. No one is demanding public forums with the candidates. There has been little analysis about why Lacey failed to garner a majority of the vote, or why Gascón couldn’t crack the 30 percent mark.

These positions are central to local government. After all, supervisors represent about 2 million people, and each council member oversees a district with approximately 250,000 residents. Runoffs are normally heated affairs.

Then again, this is not a normal time.

RELATED: Early Voting in Los Angeles County Got Off to a Bumpy Start