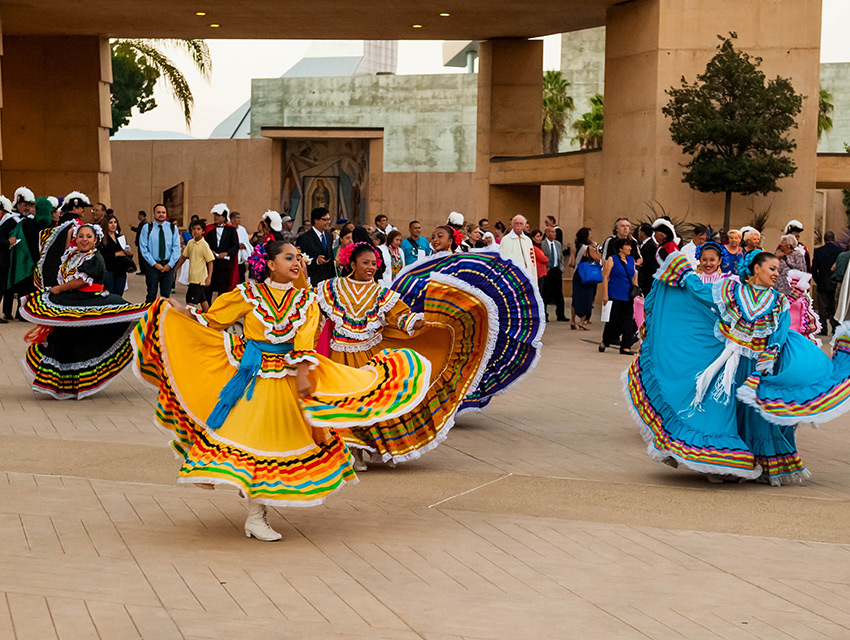 In 1782, a year after the founding of El Pueblo de Nuestra Señora la Reina de Los Ángeles, the settlers held the city’s first Grand Marian procession, a parade of dedication to the Blessed Virgin Mary, our city’s namesake. Salvos were fired, banners were toted around the pueblo, and a tradition was born. The celebration carried on for more than a century before it eventually died out. That is, until 2011, when it was revived by the Queen of Angels Foundation, a Catholic devotional society that promotes reverence for the Blessed Mother. A procession marking Los Angeles’ 234th birthday will take place this Saturday, August 29.

The parade is put on in conjunction with Archbishop José H. Gomez and the Archdiocese of Los Angeles, and it follows a route through downtown from the Cathedral of Our Lady of the Angels to “La Placita,” or Our Lady Queen of Angels Church, which is the oldest church in the city. Now in its fifth year, the parade will feature traditional dancers, military color guards, bagpipers, and a service conducted by the Archbishop.

Here is the event schedule

6 Books You Need to Read This August