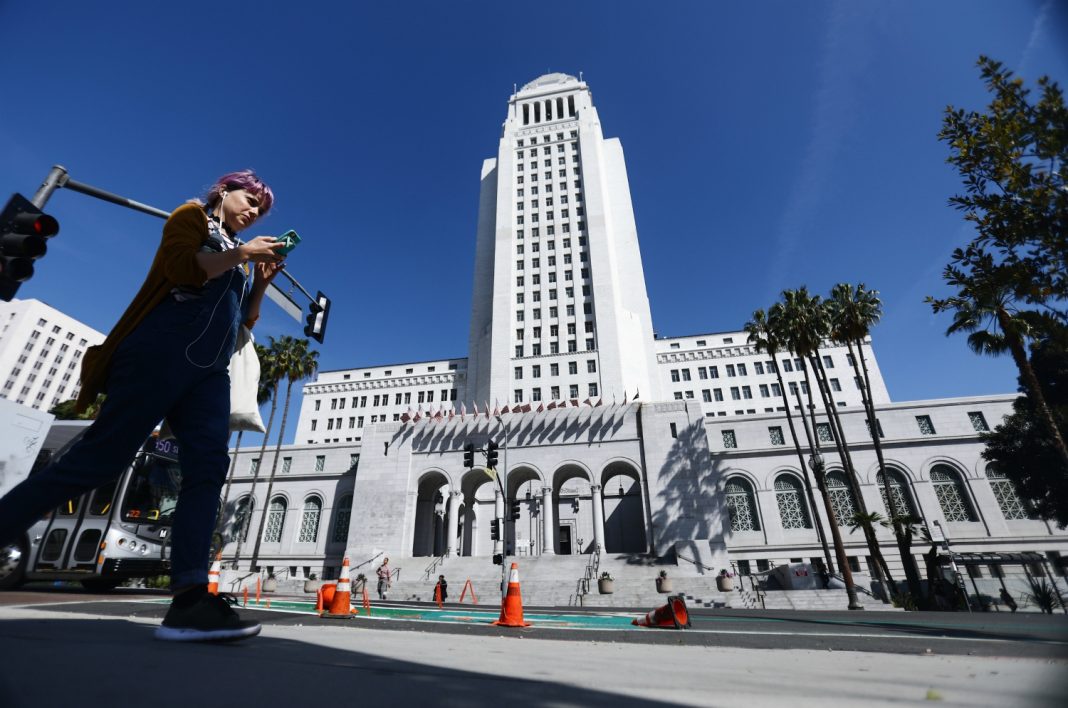 If by any chance you were worried about the financial health of the city’s lobbyists after their billing dipped to “only” $13.5 million in the first quarter of the year, fret not: the power-suited crowd is back in a profligate position, as those seeking to influence friends in high places spent a record $18,159,975 million to lobby the city in the most recent three-month period.

The figures were disclosed Wednesday by the City Ethics Commission, which among other duties tracks the spending made on behalf of developers and others seeking to push projects and do business in Los Angeles.

The new figure also represents a huge bounce from five years ago, as there was $11.9 million in lobbying spending in the second quarter of 2014, according to Ethics Commission documents. Go back further and the comparisons are even more stark: the $18.1 million spent in the second quarter surpasses the amount spent in the entirety of 2002, when $16.5 million went to lobbying efforts.

Lobbyists are required to register with the city, and according to something called the Municipal Lobbying Ordinance, “Citizens have the right to know the identities of those who attempt to influence City decisions.” Lobbyists must file spending reports every quarter in which they work, and the reports must denote, among other things, the city agency the lobbyist seeks to influence, and the total payments from clients to lobbying firms.

The Ethics Commission report notes that there were 476 registered lobbyists and 136 registered lobbying firms working in the second quarter of 2019, though it’s a top-heavy field: the ten most active firms each received at least $500,000 from clients, and cumulatively received a whopping $9.27 million, or 51 percent, of all the lobbying money.

The names may be unfamiliar to many Angelenos, but include powerhouse firms that are skilled at pushing big projects through the Byzantine city approvals process (steps can include everything from securing a green light from neighborhood councils to getting up or down votes from the 15 members of the City Council). The Ethics Commission report notes that the highest-billing entity in the quarter was the law firm DLA Piper LLP, with $1.9 million in payments. Three other entities all billed north of $1 million: Sheppard, Mullin, Richter & Hampton LLP; Englander Knabe and Allen (its billings include a firm known as three6ixty); and Armbruster Goldsmith & Delvac LLP. A fifth firm, Psomas, was just under seven figures in lobbying bills, earning $990,000.

The filing report also reveals who paid the lobbyists, and notes that during the quarter there were 1,731 registered clients, with the ten highest spenders each dropping at least $165,000. Perusing the list reveals some of the most prominent—and in some cases, most expensive—proposed developments in the city.

The biggest spender in the quarter, with $937,000, was Crossroads Associates LLC (a subsidiary of Harridge Development Group), which is seeking to build the Crossroads Hollywood, a mega-project that would create more than 900 residential units and 300 hotel rooms on the site of the old Crossroads of the World. The project has been the target of lawsuits and negotiations related to affordable housing and other matters, but was approved by the City Council this year.

Other developers who spent six figures on lobbying efforts have projects across Los Angeles, from San Pedro to Hollywood to Downtown and beyond.

It’s not only developers who spend heavily. The firm Clear Channel spent $204,000 in the quarter, working with a half dozen lobbying firms on digital signage and outdoor advertising issues.