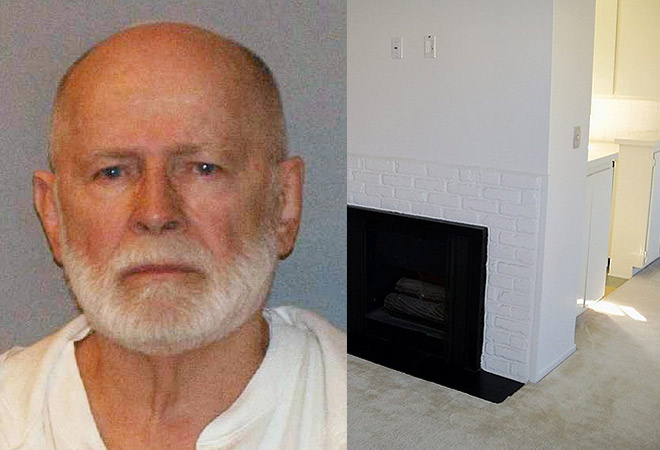 It’s not as grim as moving into an apartment where, say, a murder took place, but settling down in former Boston Mob boss Whitey Bulger’s Santa Monica digs—where he was arrested in 2011 after 17 years on the run from authorities—might evoke some pretty weird feelings. Bulger was tried last year and found guilty of all but one count in an extensive 32-count indictment including 11 murders, two counts of racketeering, six acts of extortion, drug trafficking, money laundering, and illegal firearms charges. Upon his arrest, $822,000 in cash and a magazine of firearms were found in his abode.

For those who couldn’t care less (or don’t keep up) with these types of things, his erstwhile hideout at the Princess Eugenia apartment complex is for rent for $2,972. Per Curbed LA, the place has two bedrooms, two baths, two gated parking spaces, a balcony, a fireplace, a dishwasher, and fresh paint. Don’t get too excited, though: all that dough that was stashed in the walls has already been removed.