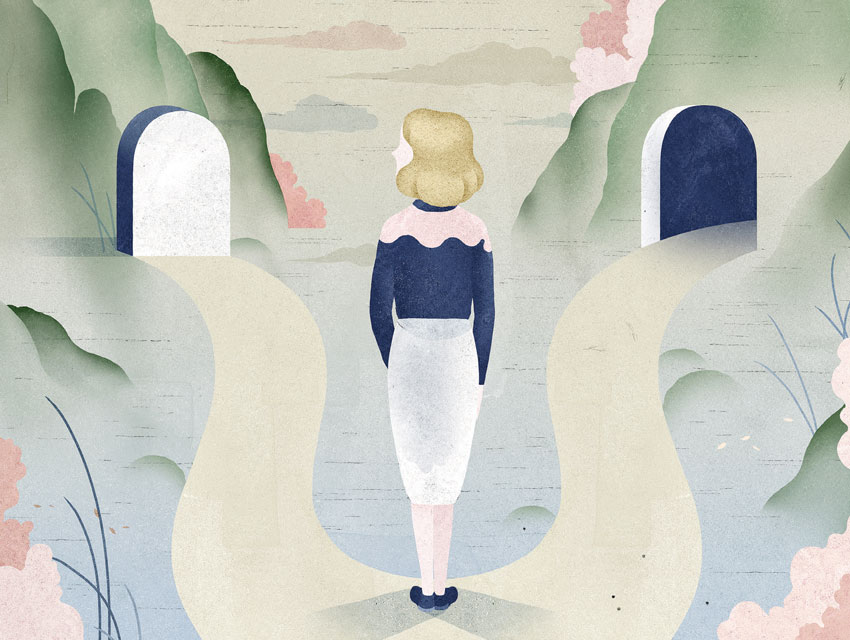 Recently I was having a raucous reunion lunch with two women I have been close to since we attended high school here in Los Angeles. It was our bimonthly get-together, and we were engaging in the usual conversational catch-up, hitting all the hot topics: kids and dogs, books and movies, politics and Pilates. Suddenly our chatter took a dramatic turn when one of my friends said, “I want you guys to promise me that when I am old and infirm, you will help me die. I don’t want to hang around if I am miserable or a burden to my family.”

We didn’t blanch at the change in tone. There was none of that “Oh, that’s so morbid; let’s not talk about that now.” Quite the contrary. We plunged, with a kind of grim joy, into a major discussion, agreeing to help one another leave the earth should the time and need arise. We talked about making sure our DNRs (Do Not Resuscitate forms) were in order and about stock-piling sleeping pills. The truth is, I have made similar pacts with a couple of other women, all of us hoping to avoid long, painful ends. Even in convivial social gatherings, the subject of death and dying—more specifically, how to do it well and on one’s own terms—seems to pop up regularly, something that would have been unimaginable just a short time ago.

We aging baby boomers are at the forefront of what is beginning to feel like a movement. As is our wont, we like to control things—and we like to talk about our lives in detail. That tendency is in our generational DNA. But I also have young friends who, while presumably miles away from the necessary decisions, are willing to think aloud about end-of-life issues. Many are struck by the example of Brittany Maynard, the 29-year-old Bay Area resident and activist who publicly ended her struggle with brain cancer in November by swallowing a fatal dose of the barbiturate Secobarbital, which had been legally prescribed by a doctor in Oregon. I am not calling her death a suicide—and not an assisted one, either—because that word is so loaded with negative connotations. It is most often associated with people who are mentally unstable, unhinged by darkness and depression, or, alas, by ferocious and homicidal ideologies.

So let’s just say this: Brittany Maynard made the decision to die on her terms. “Today is the day I have chosen to pass away with dignity in the face of my terminal illness,” she wrote in her last Facebook post. “The world is a beautiful place…I have a ring of support around my bed as I type…Goodbye world. Spread good energy. Pay it forward.” That reads to me less like a suicide note and more like an exhorting love letter to those left behind, a farewell written by an individual who did not wish to go but wanted to spare family members her further deterioration.

In order to accomplish that she relocated to Oregon, which was the first state to offer what is now known as “death with dignity.” Had she stayed in California, she would have been precluded from receiving the medication. So she and her husband, mother, and stepfather moved north, an added burden given what she was facing. But now two Democratic state senators, Bill Monning of Carmel and Lois Wolk of Davis, have introduced California Senate Bill 128. Modeled on the Oregon statute, it would allow physicians to prescribe life-ending meds to terminally ill patients who are mentally competent. A candidate would need to submit one written and two oral requests at least 15 days apart before receiving assistance. In other words, you couldn’t just have a momentary twinge of despair and take your leave. Still, there are objections from obvious quarters like the Catholic Church and from doctors who believe the concept violates their training. I honor such fears and reservations; I simply don’t share them.

Many of us have sat by the bedside of a dying mother or father or spouse, or in the worst of worlds, a young child. We have crawled right in and lain beside them, feeling their heartbeats and listening to them breathe while steeling ourselves for their going. Some of us have been able to do that at home, far preferable in my book, if it can be managed. I was lucky enough to have that happen with both my mother and my husband so that groups of us could be with them, coming and going from the bedroom in the final weeks with our noise and love and peanut butter sandwiches. Neither was ragged with pain—my husband had emphysema and my mom had an intractable anemia—so a little hospice-provided morphine was sufficient to see them out. Hospice care, which more or less started in this country in the late 1980s, has made it easier for people to pass away at home. More Americans are choosing this option—the aid workers arriving for frequent checks, bringing their soothing (OK, sometimes maddeningly soothing) messages about the benefits of “self-determined closure” and their palliative drugs.

But for many patients and those who love them, the drama takes place in a hospital, where the full weight of the healing machinery can be brought to bear, prolonging the life of someone old and infirm and in considerable pain. One need only read Knocking on Heaven’s Door, Katy Butler’s aching memoir about her father and the invasive and herculean efforts employed to keep him alive even as she tried to stop them. We are at a complex juncture: Modern medicine is so remarkable at sustaining life that it becomes harder to turn down the volume, turn off the machines, let people go.

I was surprised and pleased to hear that in the wake of the introduction of SB 128—which will grind its way slowly through the legislative process—a cancer patient and five doctors in California filed a lawsuit asking that physicians who help terminally ill patients die be exempt from the ban on assisted suicide (I do wish we could find another phrase). Dig around and talk to doctors you know, and you’ll find that some are already practicing a kind of “terminal sedation,” as it’s called, administering enough medication to patients so that they can sleep until they cease to breathe. There is an unstated code: A doctor or nurse or hospice volunteer asks you, as the point person, whether your mother or husband is in pain. Answer in the affirmative and they can increase the morphine (sometimes with a sedative chaser, though not a lethal dose per se). The dance keeps them out of legal jeopardy. How much better would it be for all if the law were changed. In fact, most Californians—two-thirds in a recent poll conducted by the nonprofit organization Compassion and Choices—are in favor of the proposed Death with Dignity Act.

This is not about manipulation or legalized murder. The proposed law—like the one in Oregon—is carefully framed to not conjure the zealotry (disturbing to some of his supporters) of Jack Kevorkian, the Michigan physician known as “Dr. Death.” Those who have chosen to die must obtain the medication and ingest it themselves. Over the years I have had conversations with angry, tearful friends who were bitter over the end-stage suffering of someone they loved and their inability to do anything about it. “We wouldn’t let our pets struggle this way,” they have said. My concern is that people will sign on to hospice care and think, Well, that’s that. But the process is still intense and wrenching and profound beyond anything else one has witnessed.

I am guessing Brittany Maynard knew all that. She had clearly looked her choice straight in the eye. I did wonder whether, as she came down the final pike, she would change her mind. We all considered that possibility. We also asked ourselves what we would do. The fascinating and moving aspects of the Oregon law are that despite its popularity, not many have taken advantage of it. In the 20 years the statute has been in place, some 1,200 terminally ill patients have received prescription medications. Of that number, about 400 have opted not to use them. The hold of life, even on those who are dying, is strong, so strong.

Good for them. There is no gun to the head. This isn’t a game of Russian roulette. The point is to have the option—and the drugs—available, to pass new laws as California is trying to do. I am thankful that we have come to a place where we can talk about how we want to die, at as festive an occasion as lunch with friends.