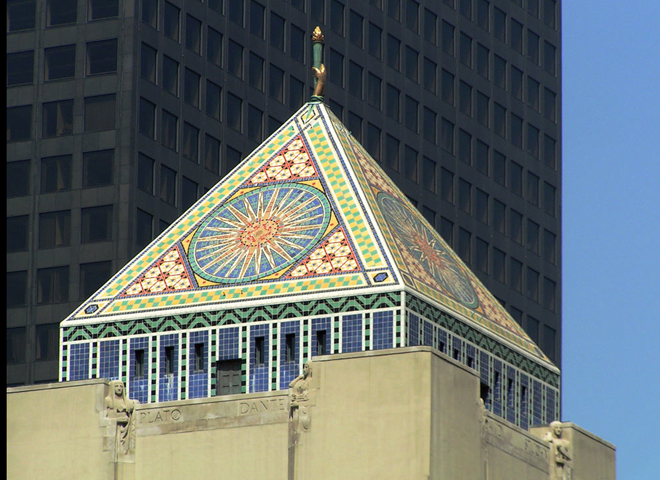 To many a modern metropolitan, the coffee shop has effectively become what libraries once were. We chat up baristas instead of librarians and check out books via Wikipedia pages rather than perusing stacks. We trade placid silence for iced lattes and allow ourselves to float in and out of concentration due to the presence of a visiting friend or two.

Libraries do exist in Los Angeles and, despite the presence of Starbucks and Coffee Beans and Intelligentsias suggesting otherwise, you can work there, too. They are even free! These institutions were mildly bruised by the economic crash of the late aughts but they survived—and they are poised for a big 2014. Not only have they started offering high school diplomas and online access to new films, music and more, but also they have reopened their doors on Sundays, offering a few more weekend hours for Angelenos to visit.

This is a sign of both a city on the up-and-up and a forgotten industry snowballing back into relevance. What does it mean for you? It’s time to celebrate by visiting a library! To point you in the right direction, here are a few of our favorite spaces where L.A. book lovers thrive. Save that coffee cash and slide right into one of these Los Angeles Public Libraries:

Most Likely To Be Mistaken For A House: John C. Fremont Library
Located on Melrose between Vine and La Brea, the Fremont Library is like a lot of buildings in the area: small, post-colonial Spanish, and tucked under trees. Thus, it goes under the radar in the residential area, making for a quiet and frequently vacant venue. Be sure to sit at a table in the south end/Melrose side of the branch: it’s like the grand room in a Spanish mansion.

Best For a Post-Visit Shopping Spree: Glendale Central Library & Fairfax Branch
These two libraries are perfect for the Angeleno who wants to reward him or herself with a little retail therapy post-book worming. The Glendale Central Library is a massive, Modern-style, airy cube located two blocks from The Americana. The Fairfax branch is a petite sky-lit Spanish style library within eyeshot of The Grove. Who knew books and boutiques had so much in common?

Most Distracting Surroundings: The Cahuenga Library
While a great place to work within a stunning brick building, the Cahuenga Library is most notable for its surroundings. Not only is Sunset Junction around the corner but the adjacent buildings also feature wonderful hand painted signs and bars are within walking distance. If you’ve traveled this area by foot, you know that this library is the backdrop for Rik Martino’s pigeon theatrics and hand drawn pigeon propaganda. Do go inside, even if it seems like everything is happening outside of the library.

Least Like a Libary: Edendale Library
You know that tiled building on Sunset east of Alvarado? The one diagonal from Brite Spot that shares a parking lot with Taix? You’ve passed it a million times while going to Echo Park Lake. You definitely know it. Well, it’s a library. Didn’t know that, did you?

Best Interiors: Beverly Hills Public Library
Likely the most fancy on this list, the Beverly Hills Library plays like a greatest hits tape of Southern California architecture. It’s exterior is an overly polished Art Deco revival while the inside features grand arched ceilings over the stacks, an imitation Frank Lloyd Wright reading room, a blindingly white futuristic kid’s reading room, and even a “fudge factory.”

Best People Watching: Will & Ariel Durant Library
Every L.A. library has its regulars, ranging from book hunting local grandmas and grandpas to movie-hunting young people. Hollywood’s Will & Ariel Durant is constantly entertaining in that it is full of a cast of chatty regulars and frustrated librarians attempting to quiet them: the venue is more like a lunchroom than a study hall. You will not be bored at this library. Ever.

Most Scene-y: The Los Feliz Branch Library
With its intimate corner location at the intersection of bustling Hillhurst and Franklin, the Los Feliz Library is home to the types of people you’d otherwise see walking around Sunset and Santa Monica and Sanborn. This location encourages laptop use via little tableside signs and is frequented by “cool” types ranging from skinny Apple product-toting hipsters to Lululemon-clad new moms looking for a change in scenery.

The Coolest: The West Hollywood Library
Opened in 2011, the library in WeHo received international attention for its crisp architecture and its gigantic murals. It also features a respectable in-house coffee shop, is attached to a park, has quirky art shows, and offers spectacular panoramic views of the city. Want to wow your study buddies? Take them here. (Note: This library is not open on Sundays; it’s run by the City of West Hollywood.)

Best All Around: Central Library
Nothing compares to downtown’s behemoth, the Central Library. The building is a fusion of 1920s opulence merged with 1980s glitz and features computer centers, a library store, and pre-war murals and installations. It also hosts interesting programs (Art talks! Knitting! Meditation! 3D printing!) and offers tours. If there is one library in Los Angeles to visit, this is it; it’s as unique as Los Angeles itself.