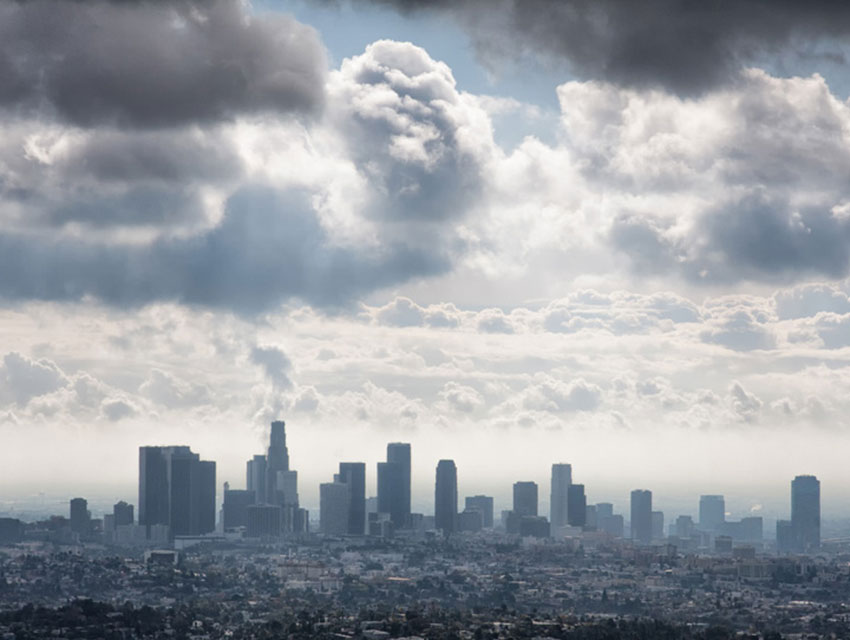 I took my dogs out at 7 a.m. on Monday and something was off. The city smelled weird. The air felt inflated, bloated even. Water was dripping…onto my face. It was raining. What started with a pleasant patter built to a soft white noise falling on Mid-City.

When I got to work that morning, I praised the sky lords—and @LosAngelesRains—but everyone acted like I was crazy. They were so nonchalant I wondered if no one else had experience the “downpour.” Regardless, the occasion was joyous for me and provided hope that the end of the drought might come. It did make me wonder if there any ways to inspire rain, if we Angelenos have been neglecting our civic rainmaking duties.

We are, actually. I did some research and found more than a few suggestions for how we can make it rain, and in a shall we say very L.A. way. Soak in these ideas and use them to bring the sky down—please!

Elect a Peperuda
Parts of the Balkans in Europe once celebrated a Peperuda in times of a drought. A Peperuda is a girl who is chosen to dance around barefoot, wearing flowers and sticks (or nothing) in order to connect with the earth and inspire rain. Surely we have enough Coachella-loving gals around to choose one to dance from downtown to Malibu singing “California Dreaming.”

Pray
Los Angeles has a thing for wild new spiritual practices and utopian thought camps. An organized religious group dedicated to hoping for rain needs to be formed, and STAT. It wouldn’t replace Scientology or turn rain into an alien deity like The Aetherius society, or even rival Andrew Keegan’s Full Circle; Instead I imagine a casual, book club-like religion that brings locals together to will rain to fall. Don’t believe it would work? During 2007’s drought in Georgia, Governor Sonny Perdue organized a prayer service for rain… and it came! If Eric Garcetti broadcast weekly rain chants on KTLA, I’d tune in.

Enlist Yanni to Perform at the Hollywood Bowl
To me, this seems so obvious. Yanni is basically a musical new age Greek god who must have powers because—well, because he has had such a long, crazy career. One of his biggest songs is “Rainmaker.” Why not have him serenade the entire city with the hit.

Look to Turquoise
You know those bright blue-green colored rocks that Ralph Lauren and Destiny’s Child love? Well, they are held sacred to some Native Americans because it is believed they fell from the sky… and that wearing them can bring rain! Head on down to Melrose and poke your head into a store with an oddly sexual name. You are bound to find some turquoise jewelry there.

Shake a Rainstick Everyone
These noisy devices have a deep history of bringing rain. This was a commonly held belief by the Aztecs who constructed the lo-fi sound machines from cactuses. How can we L.A.-ify the tradition? Rainsticks should evolve into glassy objects that will eventually get ripped off by Urban Outfitters. After all, locals are very into terrariums. Perhaps Los Feliz’s Potted or Culver City’s Rolling Greens can lead the way.

Do Rhonda’s Raindance
The fact that not all dancing in Los Angeles is raindancing is absolute negligence on our part. I’m serious! There is a lot of unused energy here and leading dance destinations like Rhonda should consider rebranding to Rainda and inviting The Weather Girls to be their new in-house DJs.

Hire a Rainmaker
This type of businessperson is known to have a magical ability to bring in new work and profits. L.A.’s signature business is Hollywood, and this leads me to an idea: We should get Danny DeVito and Matt Damon together to remake The Rainmaker. That, or hire one of those scientists who shoot lasers in the sky to make it rain. That’s just good business sense.

Kyle Fitzpatrick is a writer, an infrequent performer, and a lover of dogs, art, shorts, champagne, and L.A. You can find his musings Fridays on CityThink. For more, check out his locally focused art, design, and culture website, Los Angeles, I’m Yours, or follow him on Twitter and Instagram