Home Business Why Legal Weed Isn’t Bringing in Nearly as Much Money as It... 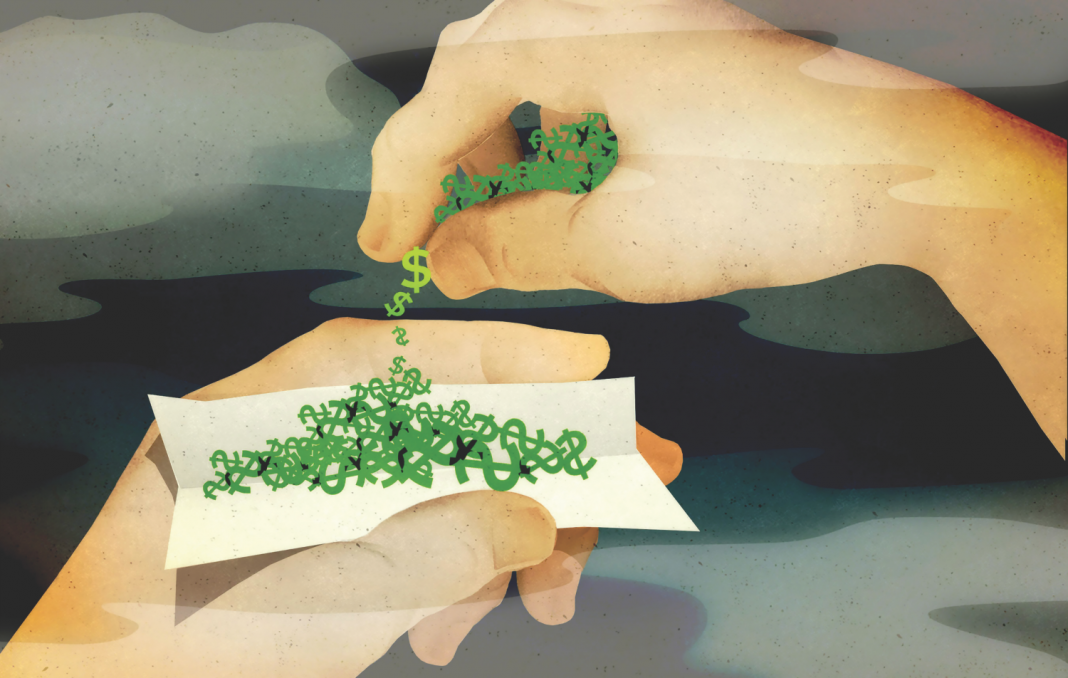 It’s been a year since recreational cannabis became legal in Los Angeles, and the resulting regulatory rollout has hit more than a few snags. Following the passage of California Proposition 64 in 2016, which legalized adult use, and L.A.’s own Measure M in 2017, which ushered in local taxes and regulations, there were high hopes for commercial pot: Industry veterans would finally have the opportunity to step out of the shadows and secure some legal protection, the city could tap into a lucrative tax base, and law enforcement would have more guidelines for sniffing out and shutting down illegal operations.

Asked if anything had gone the way he thought it would in 2018, Adam Spiker, executive director of the local cannabis trade group Southern California Coalition, says, “No. End of story.”

For one thing, L.A. is a “big bureaucracy,” Spiker continues, and some of the initial time frames proposed by regulators were “overly aggressive.” As of the beginning of November, L.A.’s Department of Cannabis Regulation had completed only the first part of its three-phase regulatory plan. It was still locked in the throes of phase two—processing licenses for non-retail enterprises—which was originally slated to be completed this spring.

While the DCR has issued a total of 1,003 temporary commercial cannabis licenses, including 169 dispensary permits, the majority are in the hands of preexisting medical marijuana outfits, all of which got first dibs on licensing. For hundreds of others awaiting their turn, permitting delays have drained them financially. Some prospective applicants who signed leases at the first signs of legalization have since run out of funding, says Spiker. For those who did land a coveted license, steep tax rates, complications with compliance, and a thriving illegal trade have decimated profits (all told, the city will rake in somewhere between $30 million and $40 million during the 2018-19 fiscal year—substantially less than the $50 million initially projected for legal cannabis’s inaugural year).

“The only winners I can see right now are those that are blatantly operating illicitly.”

Some shops that received licenses earlier this year are already back on the market to be sold, Spiker adds. “The only winners I can see right now are those that are blatantly operating illicitly.”

In 2018, the L.A. city attorney’s office filed 141 cases against illegal cannabis operations that involve a total of 617 defendants, office spokesperson Frank Mateljan wrote to me in an email. The majority of cases involved dispensaries, but they also included delivery services, cultivation sites, and extraction labs. Mateljan wouldn’t comment on how many unlawful retail shops may still exist, but experts estimate the number is in the hundreds, if not thousands.

These shops sell from a variety of locations, such as the back doors of other businesses and even churches, hawking untested products for 50 percent of what regulated shops charge, says Yana Bakshiy, chief executive officer of Studio City dispensary WHTC. “They can get away with murder, basically, while 169 licensees are looked at under a microscope,” she says.

Bakshiy, who has been working in cannabis for 10 years, says 2018 has been a “crazy roller coaster” that’s left her financially crushed. In fact, she may be worse off now than she was prior to legalization. “We didn’t know how good we had it,” she says of other longtime retailers.

While there’s been plenty of criticism over L.A.’s handling of commercial cannabis, Bakshiy and many of her peers have been staunchly supportive of DCR executive director Cat Packer, who has attempted to do a lot with very little. In January 2018 the department consisted solely of Packer; during 2018 it expanded to a staff of three, and recently the ranks grew to 11.

With state regulations changing every few months, the department has been working hard to stay abreast of the laws, build infrastructure for the new industry, and work with existing operators to transition into the new legal era, Packer says. “Our ‘year one’ has been largely a phase of construction.”

The most complex phases of licensing are still ahead, including the implementation of L.A.’s social-equity program, an attempt to address the long-lasting negative effects of the war on drugs on minority communities by giving those hit hardest a leg up. Getting this program up and running has been one of the city’s priorities, according to Packer. As for what we might be able to expect in year two? Packer is banking on tackling some larger lingering issues, like the regulation of delivery services and social consumption (think cannabis cafés and lounges). All of which is to say, the finer points of this whole legal weed thing still need some of hashing out.